The Halo franchise has gathered a massive following, and with the Halo: The Master Chief Collection on PC, players have been knocking themselves out with fun from playing the Halo: Reach prequel. The real thing is about to come soon as Halo: Combat Evolved Anniversary has finally launched for PC.

One of the essential parts of the Halo: Master Chief Collection, the Halo: Combat Evolved Anniversary, is now only $10. Fans can easily access this game and enjoy the second part of the whole collection in the comforts of their PC. The only problem is, it does not work yet! 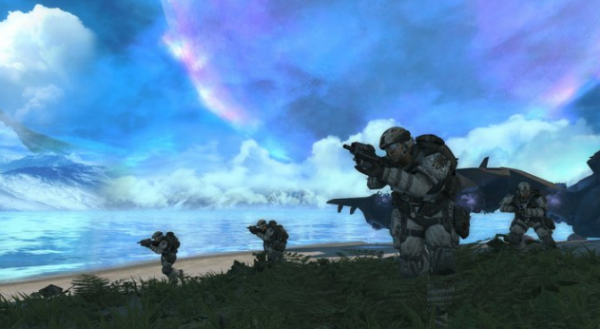 There have been 343 industries which steered away from confirmation regarding Halo: Combat Evolved Anniversary coming to PC, but in an optimistic turn of events, Microsoft Store suggests the proper launch will be coming soon. Apparently, players can download the game through Xbox Game Pass but are sadly not yet able to play the game. Players can install this game but will receive an instant error message at the moment.

Fans are still looking forward to this game

The trailer released got fans of this franchise riled up as we see the Master Chief inside a cryo-chamber right after humanity's escape from the Reach. The Covenant as well has been able to manage the tracking of the Pillar of Autumn ship by using a slip space jump. As usual, the alien invaders have underestimated us once again. They do not know what is coming!

Read Also: Call of Duty Warzone Could Drop Any Minute Now! Tweet Suggests that 03/03 Be the Date of Launch for this Battle Royale Game

Another thing about this upcoming game is that there will be an option for players to use the classic Halo multiplayer sounds. For some players, this is one of the best options out there as it takes players back with nostalgia and good vibes to the earlier days of Halo but with a whole new continuation of the story! The Halo franchise has really done a good job of keeping its loyal fans with its cool concept and stellar gameplay.

February was the time of beta testing for Combat Evolved Anniversary. Although this was only available for a small number of players, this test was quite successful and so far seemed okay. The only thing needed next was the launch date. Well, since the game is already available for download, it may seem like the official launch may be coming really soon.

It is still unclear if this was intentional or not.

Fans were shocked when the download was available, but the game was not yet playable. There is a thin line between whether or not this was a glitch. Some said maybe it was intended by the creator as a sort of gimmick to keep fans waiting for their announcement to clarify what just happened and what the final updates about the new game would be! Halo: The Master Chief Collection is quite an interesting series, and with the prequel already done, players are now ready for the real thing.