[WATCH] This Anti-Cancer Drug That Came From Fungi Can Turn Insect Into a Zombie; Can This Make You Into a Zombie?

A newly-discovered anti-cancer drug is now being studied. However, unlike standard procedures and medicinal packets, this drug came from fungi that also makes insects turn into a living zombie. Does this also mean that you can turn into a zombie once you induced the said medicine?

Shocking! These fungi can make zombie insects, but it can also heal cancer! Willing to try? 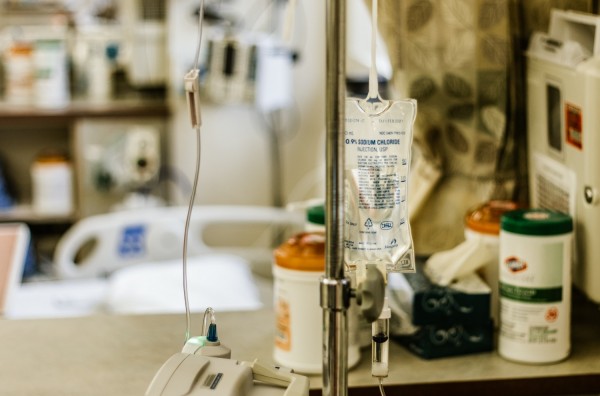 (Photo : Photo by Allie Smith on Unsplash)
[WATCH] This Anti-Cancer Drug Extracted From Fungi, Turns Insect Into a Zombie; But How?

Cancer is now one of the deadliest diseases in the world. In the United States, an estimated population of 1,735,350 new cases of cancer was diagnosed in the country, and 609,640 died from the disease two years ago.

This number continues to increase over time, and everyone is worried about getting this disease. Luckily, a new drug is now being studied and formulated for the people living with potential cancer to be cured of the disease like never before.

According to the report in The Conversation, Cordyceps, parasitic fungi, release spores that reportedly fight against cancer cells. This contains a molecule called cordycepin that many studies revealed that could switch on a cellular protein called AMPK.

AMPK or the magic bullet of the health industry can allegedly heal some types of diabetes and cancer, which can even extend the lifespan of a normal human being. This information still has no scientific basis or explanation of why this protein can heal diseases; however, it is proven to be effective.

Though the process seemed to be easy -- since you only have to get cordyceps--getting these fungi can be hard to achieve on a typical day. This fungus is complicated to acquire that markets sell them for the prices equivalent to silver and gold bars.

This zombie caterpillar can cure cancer like never before, here's how

As explained by BBC Earth, cordyceps are created when they infect insects like ants or caterpillars. Since it is a fungus, it infects its host until it dies, but before that, abnormal behavior can be seen with the insect-- this was the inspiration behind the term 'zombie' fungi since it forces insects to do things they do not normally do or like to do.

While the zombie effect on human beings is not yet verified by any scientists or researchers, cordyceps fungus remained to be one of the most in-demand traditional Chinese medicinal remedies for any type of ailments in the world.

Due to this, it is also not true that ingesting these cordyceps will turn you into a zombie yourself; however, scientists and doctors advise in The Conversation that AMPK protein can sometimes trigger more cancer cells on a human body-- which prohibits the body to heal overtime properly.

Aside from being an unverified healing cure for cancer, cordyceps are also being sold in the market to be used as a 'viagra' or an aphrodisiac medicine used especially for men.

ALSO READ: WHO Promotes This Medicine for Coronavirus Cure; Other Claims Will Be Banned by Facebook and Other Tech Giants