After the heartbreaking and soul-wrenching end of Natasha Romanoff (Scarlett Johansson) in Avengers: Endgame, fans will get to see her back in action for maybe the last time in Marvel Cinematic Universe's first film of Phase 4, Black Widow--and its final trailer has been released.

Black Widow is MCU's answer to a long-overdue Black Widow solo movie and will focus on Natasha's mission to stop the film's villain, who is officially and finally revealed as Taskmaster. Although most fans have figured it out, he wasn't named in the earlier teasers and trailers as per BGR.

Natasha must stop Taskmaster and his army of manipulated black widows under his control and go back to the Red Room where she was trained as a highly-skilled assassin back in the day before she became an Avenger. 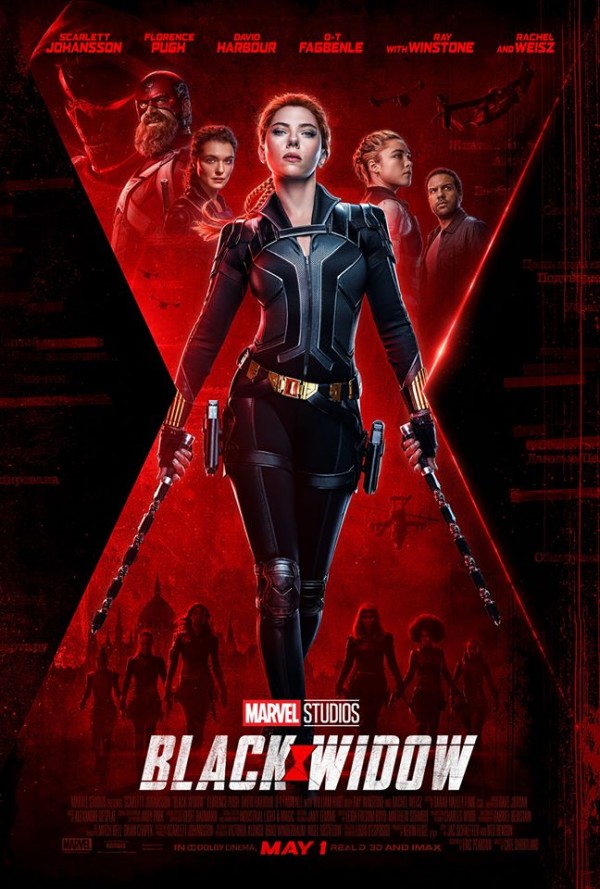 Set to assist Nat in her mission is her former family: her "sister" Yelena Belova (Florence Pugh), Melina Vostokoff (Rachel Weisz), and the Red Guardian (David Harbour), which is Russia's take on Captain America.

Fans also got to see a cameo of Thaddeus Ross (William Hurt) in the film's latest trailer.

The Black Widow trailer gives us some pretty good glimpses at some epic fight scenes we will see in the movie itself as well as a little more sneak peek into Taskmaster's ability to duplicate skills and movements of his enemies on sight.

From the trailer, we can see him imitating several well-loved characters from the MCU, including Captain America with his own shield, Black Panther with his razor-sharp claws, and the iconic "Wakanda Forever" salute that Uproxx caught.

Taskmaster is also shown to have copied the moves of Natasha's best friend, Hawkeye, which was on the first trailer well, leading others to believe that Taskmaster is indeed the young Clint Barton, with a few theories on how that could play out.

One theory suggests that the term "taskmaster" is a title, more than a name, and maybe Clint became one in the past, tasked to hunt down Natasha.

ALSO READ: Big Week Coming for PS4, Xbox One, PC, and Nintendo Switch as Nioh 2, Ori and the Will of the Wisps and More Roll Out

Since MCU is quite so secretive with Taskmaster's identity, we'll never really know if any of these wild theories is true, or we'll be even more surprised come the film's release date.

For those who are a little confused, Black Widow takes place after the events of Captain America: Civil War, during the time when Natasha was on the run and very much alive--far from her tragic death in Endgame where she sacrificed her life for the Soul Stone.

The movie will kick off MCU's Phase 4, which will include MCU movies such as The Eternals that is set to arrive this November 2020, and several Disney+ exclusive shows like WandaVision and Loki, launching on December 2020 and Spring of 2020, respectively.

Black Widow will push through its May 1st release despite the novel coronavirus outbreak, as the trailer confirmed.