The recent events regarding the new coronavirus outbreak have reignited the Trump administration's wish to gain independence from Chinese-made drugs and medical products and instead focus on producing more American-made pharmaceuticals.

According to a recent report by The New York Times, Peter Navarro, the White House trade adviser, wants to encourage a tighter "Buy American" laws, which would require federal agencies to purchase pharmaceuticals and medical equipment made by American companies.

Based on the report, the White House has been preparing the executive order, which will fix and close loopholes that allow American manufacturers to order pharmaceuticals and medical equipment like face masks, ventilators, and more from foreign countries. 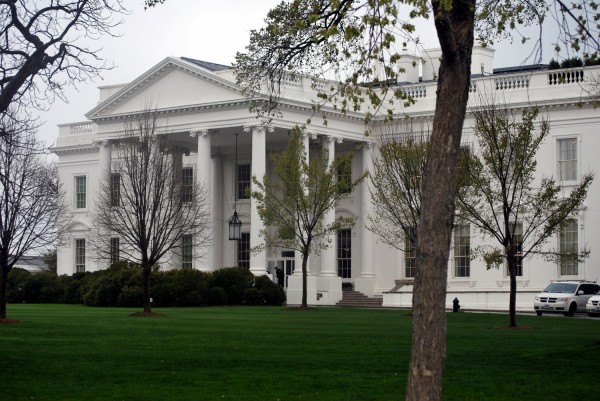 (Photo : PublicDomainPictures from Pixabay)
The White House has reportedly been preparing an executive order for a stricter "Buy American" law.

The order aims to increase the government's demands for American-made medical products, which should encourage companies to produce their products locally instead of outsourcing from China.

"China has managed to dominate all aspects of the supply chain using the same unfair trade practices that it has used to dominate other sectors - cheap sweatshop labor, lax environmental regulations, and massive government subsidies," Navarro said.

The trade adviser continued, adding that President Trump said the country needed to "bring the jobs home" to protect the public's health, as well as the national security and economy of the country.

Coronavirus is a "Wake-up Call"

Navarro and senator Marco Rubio have also both told The Atlantic that the coronavirus epidemic is a "wake-up call" with regards to America's relations with other countries, specifically with China.

The U.S. has indeed been independent of China for many things, including antibiotics, ibuprofen, vitamin C, hydrocortisone, heparin, and acetaminophen, based on a report by Yanzhong Huang of the Council on Foreign Relations or CFR.

Although the country has not blocked exports to other countries, they have discontinued exporting face masks overseas as the government has required manufacturers to sell their masks straight to them.

With threats of COVID-19 in China, factories are still struggling with less workforce and hours of operations, which could significantly disrupt their pharmaceutical exports to the U.S.

Is a Lockdown a Possibility?

Meanwhile, others are asking whether lockdown is possible for the United States, following Italy's move to close their doors as confirmed cases of COVID-19 has already passed the 10,000th mark.

Several universities and schools across the U.S. have already closed their doors temporarily and have asked their students to move to online learning, with possibly more industries the following suit if the novel coronavirus outbreak worsens.

With that, some are asking if it's possible for anywhere in the U.S. to replicate Italy and China's lockdown.

According to the head of the National Institute of Allergy and Infectious Disease, Anthony Fauci, it is possible, especially with the rate the virus is going, so the country should be prepared to do whatever it takes to contain the outbreak.

However, such an order will have to be moved to the court and could erode the people's trust in the government, as per Vox.