As everyone is doing their part in the fight against the deadly coronavirus (COVID-19), there are companies who are individually pitching ideas that may not be that accurate or helpful in the battle against the virus. SureScreen Diagnostics is a company based in Derby which requires a single drop of blood from a patient's fingertips has suggested that it has a 98 percent accuracy rate and gives results in only ten minutes! 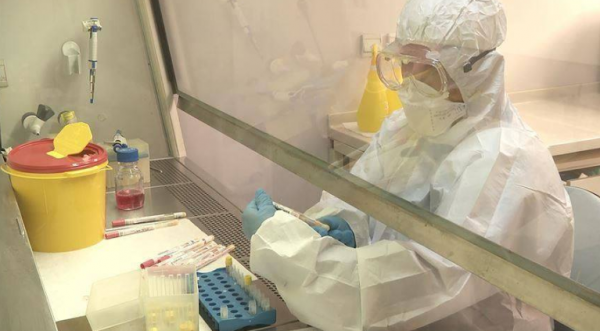 Why is this testing kit too good to be true?

Aside from the easy application of blood onto the device and a 98 percent accuracy rate which delivers results in only ten minutes, the company also claims that their devices will sell for less than a dollar this coming June! The battle against covid-19 is a serious one which is why only the right tools should be administered.

A British firm by the name of Mologic is working with African health experts to develop their very own kits for testing. The controversial testing kits which have these amazing claims about the diagnosis of covid-19 in just ten minutes are ongoing development by two different British firms.

According to the private firm, they have already been validated and have been deployed in the United Kingdoms, Germany, Switzerland, Ireland, Spain, Turkey, the United Arab Emirates, Netherlands, Oman, and even Kuwait.

SureScreen Diagnostics has been believed to have released about 175,000 covid-19 test kits and has already amassed an order of over two million for the coming month.

Mologic has a different mindset

Mologic is the other British company with this product and they have been working on providing cheaper tests to help fight the pandemic in Africa. Africa is struggling amidst the pandemic because most of its population already live in poverty and if tests were too expensive for the general public to afford, not many would get them.

The UK government's coronavirus prevention and research funding package has already allotted £1 million pounds to further support this firm to successful results. The availability of the test kits is expected to be in around three months' time. The company would be able create a 10-minute testing kit for covid-19 which would sell for just less than a dollar!

The Public Health England has already cautioned the public about these tests since they fear that the tests are unreliable releasing a description that there is only 'little information on the accuracy of the tests'. According to them, the best type of tests are still swab-based tests from official health bodies to better determine whether or not the results are correct.

According to the PHE spokesperson, they cannot endorse the commercial products which they have just evaluated. Currently, the official way of testing whether or not a person is positive with the covid-19 is through swab-based methods which would then take between about 24 to 48 hours before the results are officially released from the laboratory.

ⓒ 2021 TECHTIMES.com All rights reserved. Do not reproduce without permission.
Tags: Coronavirus COVID-19 Testing
Most Popular