Coronavirus Hackers Face Cybersecurity Community's Wrath; Here's How Cyberpunks Get The Taste of Their Own Medicine

Hell hath no fury, just like the cybersecurity network in the course of a pandemic. Federal officers warned that hackers smelled blood as thousands and thousands of people frantically pivoted to far off work last week, which caused new strains on computer networks.

But the fallout from coronavirus-related breaches may remain to be clear for weeks, months, or even longer, professionals claim. The foreseen put off highlights how confusion from the pandemic has created long security dangers that could eat up treasured sources as the economy hurtles closer to a recession.

As nonessential businesses have temporarily suspended their operations, the setup could prove to be easy targets for cyber crooks. However, overstretched IT teams won't be able to hold up with updating their networks, experts say.

ALSO READ: Working From Home Due to Pandemic? Experts Say Your Prersonal Privacy is At HUGE Risk!

Cybercriminals are capitalizing at the chaos as COVID-19 continues to spread around the planet. While malicious hackers are pumping out scams that prey on fear, those assaults have infuriated cybersecurity professionals. 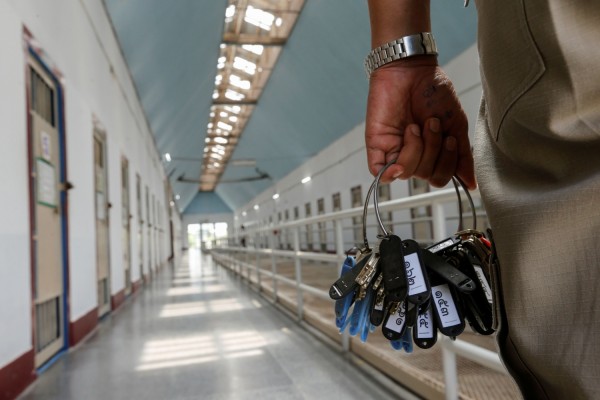 Mikko Hypponen, chief studies officer at Finnish cybersecurity company F-Secure, told British news site Verdict that hospital and medical enterprises are already strained, and their work must now not be jeopardized by hackers.

"We have an obvious message to ransomware gangs: do now not target hospitals; [or else] you face the overall wrath of the cybersecurity network," Hypponen said.

Hypponen has good reason to be angry. The Champaign-Urbana Public Health District had a malware attack on Mar. 11 as Illinois prepares for its coronavirus response.

Malicious hackers, two days after, launched a cyberattack towards Brno University Hospital in the city of Brno, Czech Republic. The strike forced the hospital to close down its entire IT community. What the hackers did was severe enough to postpone pressing surgical interventions as the range of coronavirus cases elevated in the European country.

Then, on Mar. 15, hazard players released a cyberattack towards the United States Health and Human Services Department (HHS). The assault seemed to be a low level, Distributed Denial of Service (DDoS) assault that flooded HHS' servers with tens of millions of hits for some hours.

The World Health Organization told Reuters that hackers targeted it with a malicious look-alike website. The attack also caused panic among those who fell on the hacker's trap.

Jake Moore, a cybersecurity specialist at Slovak internet security firm ESET, told Verdict that crooks show no ethical boundaries. He added the criminals will continue to attack wherever there could be a vulnerability.

ALSO READ: Hackers Can Now Impersonate Mobile Device Users With LTE's Vulnerability; Should You Be Worried?

Forte said they have decided to help healthcare providers defend against attacks so hospitals can focus on making people well again.

And for the cybercriminals taking advantage of the essential health disaster in more than a century, the message is clear.

"We'll do what it takes to defend our hospitals," says F-Secure's Hypponen. He added the group will hunt attackers down "no matter how long it takes."

ⓒ 2021 TECHTIMES.com All rights reserved. Do not reproduce without permission.
Tags: Coronavirus Cybersecurity hackers
Most Popular