From becoming the lead online retailer to providing video streaming services, Amazon now plans to push into the gaming industry with a video game cloud-based streaming service to rival Google Stadia, as well as investing in big-budget games. 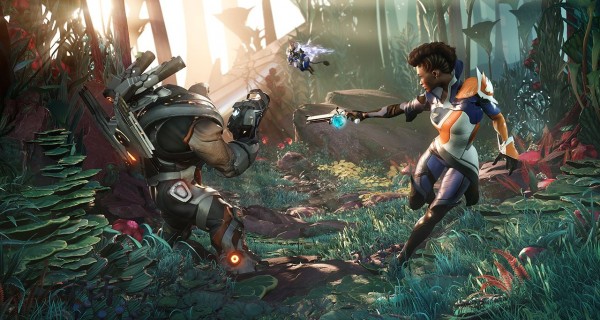 According to a report by the New York Times, Amazon confirmed that they are working on their first original game: a big-budget, sci-fi shooter entitled Crucible.

The internet giant plans to release its first game in May after several delays due to the coronavirus pandemic.

In addition to Crucible, the company is also working on some other casual games that are streamable via Twitch, the streaming service that Amazon bought in 2014. The games will also allow streamers to play them alongside their viewers.

Crucible has been in development since 2014, according to 9to5Google.

Described as "an ambitious science-fiction shooter," the game has been compared to big names such as League of Legends and DOTA 2, which focus on team play and incorporate strategic elements.

"Crucible is a third-person, last one standing game of trust and betrayal. Each match pits human and alien competitors with unique weapons and abilities against one another on a lush, alien world," the game's description read.

The game is still in production in Amazon's Relentless Studio, based in Seattle.

Another game, which is entitled New World, is a game where players can co-inhabit a fantasy version of the 17th century.

Hundreds of Millions Worth of Investment

The games are a part of hundreds of millions worth of investment, with the Seattle-based company currently working on a cloud-based gaming platform, which is codenamed Project Tempo, and should rival Google Stadia and Microsoft's Project xCloud.

In a report by CNET, the online mega-retailer is hoping to launch the early version of Project Tempo sometime this year, although it is not impossible that it will be delayed to a 2021 release due to coronavirus-related delays.

As of now, there aren't many details surrounding Project Tempo.

However, we'll likely hear more news about the cloud-based gaming platform as production continues to progress.

Pushing Into the Gaming Industry

"The big picture is about trying to take the best of Amazon and bringing it to games," Mike Frazzini, vice president for Amazon's game and services, said.

Frazzine also revealed that they have been working on the games for quite some time, and they are bringing "a lot of Amazon practices" into creating these games, but he did mention that it takes a long time to make them.

The gaming world has become an enormous industry, expecting to reach a revenue of $160 billion in 2020 alone, making it twice as big as the global recorded music industry, which is only at around $19 billion.

With the coronavirus pandemic forcing everyone to stay indoors, games have indeed soared, with several gaming platforms, especially Nintendo Switch, reaching new heights with their sales.

Gaming has become the world's refuge in these trying times, so it's not surprising that the industry is going to gain billions of dollars this year.

Read Also: [VIDEO] A.I. Can Now Play All 57 Atari Games. It's Still Not Versatile Enough, Though