Thousands of British young adults are selling their naked photos and videos online to make ridiculous sums of money each month, the research found. 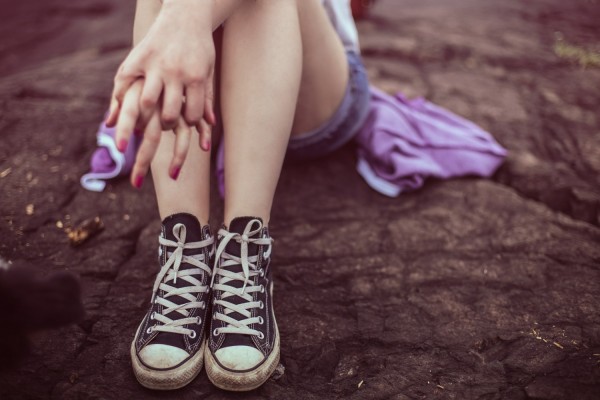 A BBC Three documentary titled Nudes4Sale discovered that girls are claiming to have made up to as much as £37,000 (more than US$45,700) a month from selling adult content materials on websites including OnlyFans.Com.

The use of social media websites like Twitter and Snapchat also helps improve and sell profiles in a bid to earn more cash even as making the most out of the site in no time.

'You need to be smart, but there's no assurance'

One user named Lauren, from Northamptonshire told  BBC how she went on to end up one of the British-based website's top earners in the international in a quick length of time.

"You need to be smart," Lauren said. She said she's aware what's she's doing "doesn't have longevity." However, she expressed her fear of returning back to her office and be normal again.

However, the get-rich-quick scheme has seen the growing trend of those under the age of 18 the use of the platform to distribute their very own content illegally.

As many as a 3rd of Twitter users advertising and marketing explicit photos with hashtags "nudes4sale" or "buymynudes" are under 18, according to Britain's news site The Times.

Of 7,728 profiles assessed with the software, more than 2,500 are deemed to have featured photographs of people below the age of consent. The developing wide variety of young folks who resort to virtually promoting their own bodies for extra profits is explored in a brand new BBC Three documentary, nudes4sale.

BBC's Reporter Ellie Flynn used a facial recognition feature to show just how younger some of the internet site's users are. According to DailyMail, Flynn has been tasked with exploring the ins and outs of the site itself.

ALSO READ: Can China Now Identify Someone Using Facial Recognition Even If They're Wearing a Surgical Mask?

One of the photos examined claimed that one of the website's female customers is as young as 14. At the same time, Flynn demonstrated how easy it is to bypass the age limit by using an ID of a person over 18 years old.

Another female who found fulfillment on the website also found out how she became a success on the internet site but was still underneath the age of 18 at the time of recording.

Flynn tracked down the 17-year-antique Scot named 'Hannah' for privacy purposes, to delve into more detail about the system of signing up and who her target audience is.

OnlyFans, Snapchat, and Twitter insist they have a zero-tolerance technique for child sexual abuse.

There is no legal requirement for the websites, including OnlyFans, to scan possible child sex abuses on their platform. However, the offending material should be taken down once it has been flagged to them.