After a long time of waiting, Final Fantasy VII fans finally have the Remake in their hands despite the coronavirus pandemic, which delayed the arrival of the physical copies. That means fans would have to settle for a digital copy of the game for now. 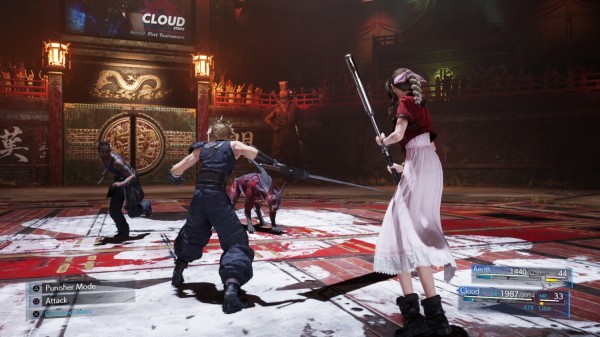 Nevertheless, it's here now, and fans can finally relive life in Midgar with the iconic Final Fantasy characters, including Cloud Strife, one of the game's protagonists.

Although it's basically the same game, just with better graphics and a little more to the storyline, the entire experience is different, especially when it comes to combat.

And so, Polygon created a little guide for Final Fantasy VII Remake fans who want to ensure they can breeze through combats--or at least make the experience easier, primarily if they've grown accustomed to the Turn-Based Combat the franchise was initially known for.

The first tip is to assess the enemy to know what they are weak against, especially if you're dealing with a boss.

In Final Fantasy VII Remake, players can acquire Assess Materia from Chadley in Sector 7 Slums, which is in Chapter 3.

Once you have the Materia, equip it so you can learn the Assess ability, which can be used from the Command Menu, and using it allows you to know a lot of things about the enemies, most notably what they're weak against.

Most Final Fantasy VII Remake players will likely hack and slash through their enemies until they're dead. After all, it works.

However, when faced with more difficult enemies, such as bosses, it's best to learn how to slay them through smart moves, including assessing and using their weakness against them. So, use that to your advantage.

According to the guide, high-level enemies and bosses will Pressure and then Stagger when hit with enough attacks that they're weak against. Stagger is when they could not attack nor dodge, and the damages they acquire is greater.

Read Also: Final Fantasy VII Fans Finally Get Their Reboot! Here's What You Need to Know About the Game!

Each playable character in Final Fantasy VII Remake has a special move that can be used by hitting the Triangle button.

Cloud has a Punisher Mode, which is a powerful move and can increase the Stagger meter fast, plus it comes with a built-in parry counterattack.

Tifa, Barrett, and Aerith all have their own special moves as well, which could be very handy in a fight.

Although Final Fantasy VII Remake does not incorporate a Turn-Based Combat, they still have the Active Time Battle (ATB) system, which is a recurring system in the Final Fantasy franchise. Therefore fans are most likely familiar with it.

In the FFVII Remake, attacks, dodges, and abilities could fill up an ATB fast, which makes it possible to get the good stuff from the Command menu. The character's Speed stat will also affect it.

Players are only able to use the Command system when the ATB bar of a character is full, and the cue is a beeping sound.

Watch the gauge and make sure to spend those moves wisely.