Call Of Duty: Warzone Scopes And Scatter Is Another Great Mode On Top Of Season 3

Call of Duty: Warzone's new limited-time mode limits your gear to only shotguns and snipers for the time being. The mode is excellent news for people wanting to either get up close and personal or pick their targets from hundreds of meters away! 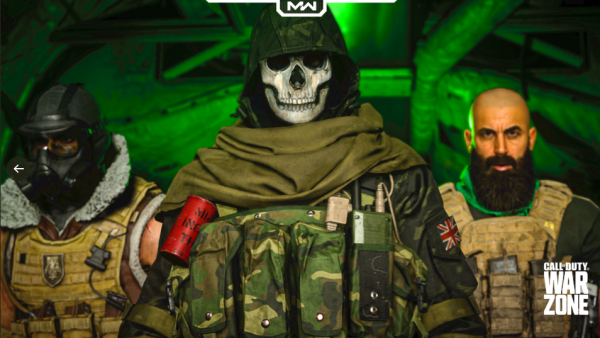 Call of Duty: Warzone has already given its player base so much content that it's starting to become overwhelming but in the right way. Not only did Season 3 had just been released just last week, Infinity Ward, the developer of the game, has another surprise for their dedicated fanbase.

Scopes and Scatter Guns Trios is the new game mode that just came out on their recent update. What it does is limit the number of weapons you would typically receive in-game by just dropping shotguns and snipers instead of the plethora of guns to choose from. This would certainly test your sharpshooting skills as well as your quick run-and-gun tactics of you and your friends.

Activision has described it as a "twist on Battle Royale that brings you into new ranges of play."

What Else To Look Forward Too

Call of Duty: Modern Warfare is also getting double XP as well as double weapon XP starting this Friday, Apr. 17. This would include all the experience points you would generally get in Warzone and will be ported out over to the multiplayer side of the game.

The double XP period will officially go live from Apr. 17 at 1 P.M. EST up until Monday next week, Apr. 20, also 1 P.M. EST. Don't forget to grind with your buddies by then to make sure you all get those cosmetics and battle pass points to upgrade your gear to the most desired specs.

There have also been rumors going around that Warzone will be offering duos mode will be coming in the next few weeks and will be introduced into the battle royale formula. This is not all surprising since their competition, Apex Legends have already done this in their recent update as well.

The recent leak about duos coming to Warzone came from a Twitter post made by BattleRoyaleCoD saying, "BREAKING: Duos is coming to Call of Duty Warzone in Modern Warfare Season 3, according to the official website. This has since been removed from the website. #Warzone"

If that's to be believed, then Warzone will have the option to do duos, trios, and quads all in one game, which would be an exciting concept for friends who wish to limit their fun with just the people they know. At the same time, it might cause matchmaking to be a bit longer due to the preferences people could choose from.

Data miner Senescallo has also leaked that the next mode after Scopes and Scatter might be one akin to the hardcore mode from the previous Call of Duty games where a 1-shot headshot with no loadout drops would be coming into play real soon.

ⓒ 2021 TECHTIMES.com All rights reserved. Do not reproduce without permission.
Tags: Call of Duty: Warzone Call of Duty Activision Infinity Ward PC Xbox One
Most Popular