Overwatch has added a bunch of updates and fixes in their new patch. And the star of the show is their new character, the 32nd hero, Echo. The patch includes map changes, updates to competitive, workshops and other bug fixes. 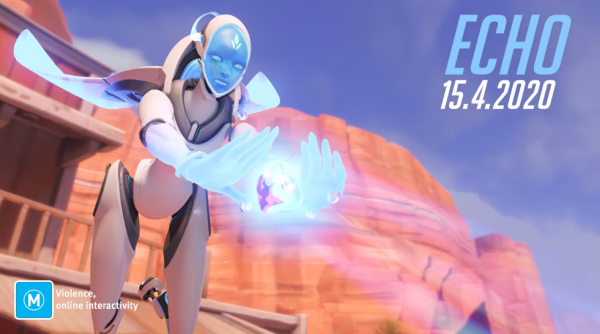 Echo has teamed up with Overwatch to defend Paris against the Null Sector attack. And seeing it in action, Echo is a full-fledged member of Overwatch. Echo fires a total of three shots, called Tri-Shot, in a triangular pattern and a bunch of Sticky Bombs that eventually detonate.

Echo also uses Flight to come forward quickly and can freely fly to avoid danger or to go to any strategic location. The Focusing Beam helps Echo channel a beam for at least a few seconds that deals high damage to enemies with less than half health along with barriers.

Duplicate is used to target any enemy hero and tries to clone them gaining all of their abilities and to possibly turn things around in a team fight.

Blizzard has now released updates on Overwatch that adjust and tweak different aspects of the game. Although Echo is their current headliner, the company has also added a new feature to the game for players all around the world to experiment with.

The training partner spawner can be played within the practice range which allows players to create any kind of bot of any hero and Echo players, and test her ultimate ability.

The update improves every aspect of the game in real life, specifically for players in the Middle East. The Overwatch team has opened data centers in the region to improve and stabilize the experience.

Map changes and heroes have also been adjusted in the game. Tracer's quick ability Blink has been tweaked a bit so she can give more accurate lands wherever the cursor is pointed.

For Dorado and Havana, players can no longer get stuck on those maps. Plus, Moir's fade icon should now be disabled when she is stunned.

For workshops, however, the patch fixes some issues that prevent Big Message and Small Message from displaying in the practice range.

You can now check out the full patch notes for PC here. For  Nintendo Switch, Playstation 4 and Xbox One players, you can head over to the official Overwatch website.

Read Also: Not So Dead Afterall! Dead Island 2 Might Be Available on Next-Gen Consoles as New Job Listings Surface