Over 750,000 National Health Service (NHS) volunteers have been left with nothing to do since the app that assigns tasks only sends 3,500 referrals a day.

In an inspiring display of unity, more than 750,000 volunteers responded to calls to support the NHS. The new volunteers will handle the delivery of medicines and supplies to people who are currently isolating at home, as well as make phone calls to check on them. 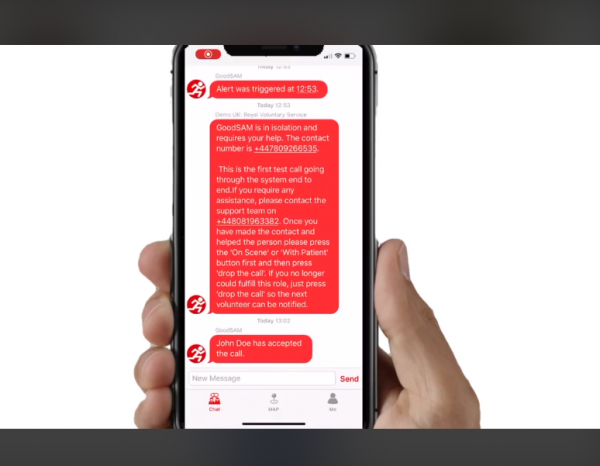 Volunteers may also be asked to drive high-risk patients to and from crucial hospital appointments. With at least 108,692 cases (as of Friday, April 17), there are certainly many things to do. However, with the app in chaos, the majority of the volunteers haven't actually received tasks for several days now.

The Royal Voluntary Service, which manages the app with the NHS, points out that the lack of referrals from local authorities, pharmacies, and healthcare professionals is the reason for the task shortfall.

David Smith, 44, has volunteered for 340 hours, but he has not yet received a single task. He said he is not alone as "thousands of people are in the same position."

"The brave medics fighting this need all the help they can get . . . but they are being badly let down by poor technology and poor planning," said Smith. He mentioned that the app itself is full of problems as there are bugs in the messaging service. Other nearby volunteers also cannot be viewed.

In addition, Care England Chief Executive Officer Martin Green urged the NHS to redirect volunteers to care homes. "There's probably a care home in need much closer to where these volunteers live than their local hospital. But the social care sector has been ignored - yet again," said Green.

He also criticized the NHS for miscalculating the situation. "Despite all the discussion about integration, the people in the NHS only think about the NHS," he added.

National Care Force CEO Charles Armitage aired the same sentiments as Green. "We have got 2,000 care homes that need help with maintenance, gardening, cooking, and keeping residents company. The demand is huge. We've tried to engage with the Government, but so far it has been incredibly painful and slow," said Armitage.

Another volunteer, Sophie Hodge, says using the app process does not fit the purpose. She suggested that it would be better if the NHS would have a separate app for COVID-19 volunteers.

Currently, the NHS uses the Good SAM app, which is initially used to respond to heart attacks and medical emergencies.

However, if a new app is not possible, Hodge proposed that the NHS at least update the app information in App Store and Play Store and "make it relevant to both first aiders and COVID-19 volunteers."

Hodge also offered various suggestions to redesign the app to make it more efficient in dispersing help to those who are in need.

Meanwhile, the UK government has promised the task figure would rise, and volunteers would soon be able to help care homes.

Read also: Google: Out of 100 Million Phishing Emails; 18 Million Have COVID-19 Info Inside it