Scientists Create Small Device That Work Like the Human Brain; Here's How It Works

A team of the United States electrical engineers has designed a tool that effectively mimics human mind synapses-a possible breakthrough in the field of "neuromorphic computing." 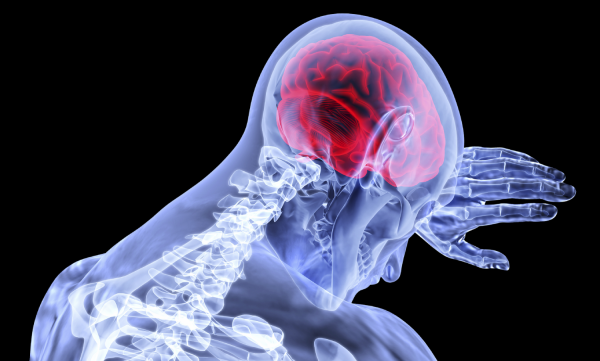 For the first time, the component, called a neuromorphic memristor, proved to hold signals among neurons by using a low power device - a significant challenge in prior studies, researchers stated.

Neuromorphic computing, according to Intel, is a complex concept of operating the biological mind in helping computer systems and artificial intelligence deal with "uncertainty, ambiguity, and contradiction in the natural world."

"The key challenges in neuromorphic research are matching a human's flexibility and ability to learn from unstructured stimuli with the energy efficiency of the human brain," Intel notes.

Engineers from the University of Massachusetts Amherst now suggested that "protein nanowires" from Geobacter could solve the mystery of replicating low power range brain uses to send signals.

Researchers said that while conventional computers operate at over one volt, the mind spews indicators between neurons at around eighty millivolts-which is lower.

The project, which has been posted in Nature Communications, featured the creation of a new type of memristor that makes use of such protein nanowires to attain similar "neurological voltages."

In a statement, research co-author Jun Yao said a device can function at the same voltage level as the brain is made for the first time.

Yao said people probably didn't even dare to believe having a device that is as power-efficient as the biological counterparts in a brain.

"Now we have [a real] evidence of ultra-low-power computing capabilities," Yao said. The device, according to Yao, is a conceptual breakthrough.

An unconventional device with promising results

The researchers said protein nanowires in Geobacter are suited to the experience as they are electrically conductive.

Researchers, according to Fu, discovered that sending energy pulses through memristor's metal threat created new connections similar to learning in the human mind.

"You can modulate the conductivity, or the plasticity of the nanowire-memristor synapse so it can emulate biological components for brain-inspired computing," Fu said.

Compared to a conventional computer, the researcher said this device has a learning capability that is not software-based.

The device, according to researchers, seeks to "fully explore biological, chemical, and electronic [parts] of protein nanowires in memristors" and how it could have real-world applications.

Yao told Newsweek they 'borrowed' tiny wires from a bacteria responsible for the electrochemical reduction. He added they successfully made a protein-type memristor that works.

The researchers can now make computers as power-efficient as the biological brain. Yao said the innovation will break the conventional concept that electronics need to work at higher power, followed by a broader search of computational devices that works at biological voltage.

The research, according to Yao, blurs the boundaries between electronics and the biological system. "That can lead to advanced brain-machine interface and prosthetics, in which the human body can have a more intimate interface or communication with engineered robots/devices," he said.

ⓒ 2021 TECHTIMES.com All rights reserved. Do not reproduce without permission.
Tags: brain Neuroscience Engineering
Most Popular