While the world indulges in online activities while at home, hacking groups are working overtime in the past week as multiple security breaches have been reported. Thus, video chatting app Zoom, which has long been targeted by hackers, has recently upgraded its encryption keys to strengthening its security. 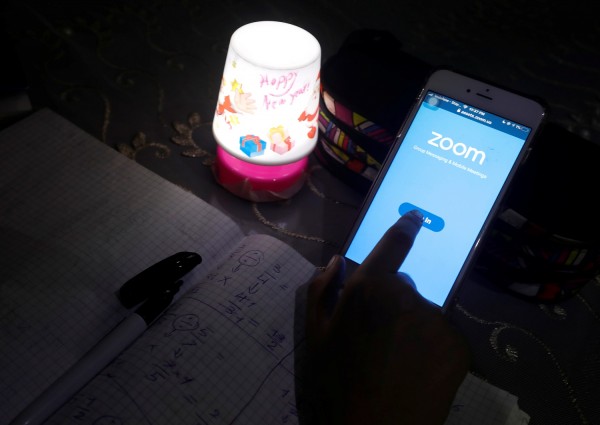 (Photo : REUTERS/Amr Abdallah Dalsh)
A student takes class online while using the Zoom app at her home as Egypt shut down schools as the spread of the coronavirus disease (COVID-19) continues, in Cairo, Egypt April 5, 2020.

READ ALSO: Facebook Launches Messenger Rooms to Compete with Zoom and Skype; But Is It Safe?

Video conferencing app Zoom recently announced numerous small but vital security advances. With the recent surge in Zoom usage during the pandemic, the company earned scrutiny on its security and privacy offerings.

The gradual changes are part of the company's 90-day plan to improve its services. Primarily, Zoom now offers AES 256 encryption on meetings, which will be encrypted with a 256-bit key. Previously, it used to offer AES 128, although Zoom claimed it has been using AES 256, based on documentation and marketing materials.

Zoom is not the only company that is being targeted by crooks. In fact, Google recently published that about 12 government-backed hacking groups are undeterred by the pandemic, trying to take advantage of those conditions for intelligence-gathering. Also, another report claimed China has been hacking Uighurs' iPhones during the crisis. Other issues have also been raised on various apps and platforms.

Meanwhile, Nintendo users worldwide have seen their accounts being controlled by crooks over the past few weeks. This allowed access to the linked credit card or PayPal accounts to purchase Nintendo games or currency for Fortnite.

Nintendo has been urging users to turn on two-factor authentication to protect their accounts since the start of the month, so it is unclear how hackers got through the system. On Friday, the company confirmed that hackers gained unauthorized access to accounts, so the company decided to change the login process.

Instead of accessing their Nintendo accounts using Nintendo Network IDs from the older Wii U and 3DS system, it also will contact affected users about resetting passwords.

Nintendo reported the issue on its US customer support page and reassured users about the Nintendo's security policies. "While we continue to investigate, we would like to reassure users that there is currently no evidence pointing toward a breach of Nintendo's databases, servers, or services," the statement said.

Meanwhile, the company opted not to divulge how the system was accessed illegally after doing the investigation. This is to deter "further attempts of unauthorized sign-ins."

Data from more than 267 million profiles are apparently being sold on criminal dark web forums for £500, or about $618. While the information does not include passwords, it contains details like users' full names, phone numbers, and Facebook IDs, which can fuel digital scams like phishing.

Bleeping Computer reported on Monday about the Elasticsearch database discovered by security researcher Bob Diachenko. However, after being contacted by Diachenko, the ISP hosting database took the server offline.

READ ALSO: Vitamins C and D Can Help Prevent COVID-19 as WHO Says Immunity is Not Guaranteed; Numbers of VA Patients with Coronavirus Continue Rising

ⓒ 2021 TECHTIMES.com All rights reserved. Do not reproduce without permission.
Tags: Zoom Facebook Nintendo
Most Popular