A Nintendo massive breach had happened over the weekend. Over 2TB of old files of the said company have been leaked, according to a report. Interestingly, a day after the said breach, a fan-made port of Super Mario 64 running at 4K resolution on PC was released-- rising the speculations of whether the info came from the said breach. 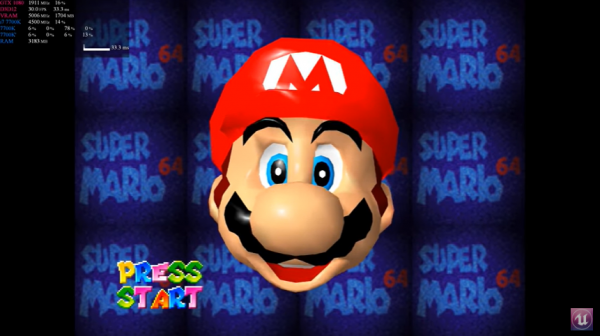 According to a report in Metro, hackers have recently stolen a massive amount of old files from the Nintendo's vital source code and technical information for the N64, GameCube, and Wii, on Saturday, May 2.

The said breach was first made public in a Reddit post that said that over 2 TB old files were stolen from the company. These files even included never before seen tech demos of the company.

Luckily, the files were not that crucial for the company. But, if someone is thinking of re-creating and copy the gaming style and design of Nintendo with their past games, people that will have the said leaked files can easily re-copy the hardware and software designs of the company.

"The biggest and craziest thing in this leak is the datasheets, block diagram and Verilog files for every component," wrote a ResetEra forum user called Atheerios, in a post sharing the news. "Verilog is a hardware description language; it is used to describe circuits via code, so with this, we can learn how every single piece of the Wii was made."

The leak also includes functioning ROMs for various N64 hardware/test demos, created to test or show off the 1996 console's capabilities. You can now watch footage of several of these on YouTube.

"The leak is ~3GB when uncompressed, has material from multiple eras of Nintendo(GB all the way to the Wii). Some Nintendo 64 demos have already been compiled and run on original hardware. This can be of great use for emulator developers and rom hackers," said by Redditor @lambmoreto.

Super Mario 64 and the massive data breach of Nintendo

One thing that even made this Nintendo breach controversial is that a day after it happened, a fan-made port of Super Mario 64 running at a 4K resolution on PC was released on Youtube.

It is still unclarified if whether the data breach is in connection with the latest released Super Mario 64 made by a group of fans of the game.

The video is seen with 4K resolution, modern visual effects like bloom and ray-tracing, and a third party controller support. Mario 64 is one of a trio of plumber classics getting a re-release for Nintendo Switch later this year.

Metro said that the creators of the leaked video might face a complaint once Nintendo identified this video.