Three brand-new mods made for the Sekiro: Shadows Die Twice PC version has been released today, allowing players to use Final Fantasy VII Remake's brawler, Tifa Lockhart, as the main character of the title. 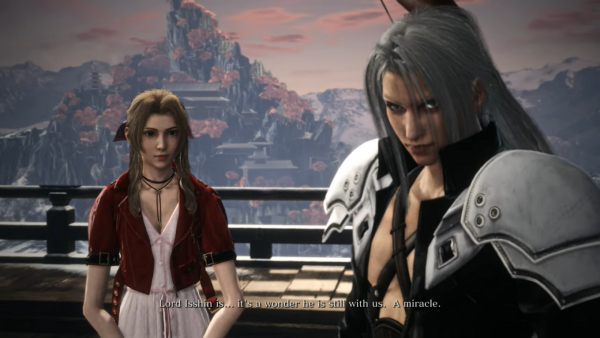 (Photo : Screengrab from DanteLive4game)
Aerith and Sephiroth can also be swapped into the game.

According to WCCFTech, these mods came from the same modder, Victor_Gopher, who also brought last month's Sekiro mods that brought the popular Square Enix title's characters, Cloud Strife and Jessie Rasberry, into the game.

Of course, Cloud is wielding his iconic Buster Sword instead of the usual one from Sekiro.

As with the past swaps, these characters have some flaws, but they are minor and should not be enough to spoil the fun.

One small detail the mod can't bring into the game is the facial animations for the characters, so it might sometimes feel weird when they remain stoic in certain situations.

In addition, there are several minor issues such as Cloud's right hand is not performing as intended, and Jessie's elbow is not looking quite right.

Screen captures and a video showcasing the new Sekiro swaps have been published on the news outlet and YouTube, showing the FFVII Remake characters wielding swords and exchanging blows.

Players of the FromSoftware's title can now try out all of the available mods and play the game with their favorite FFVII Remake characters.

The mods can be downloaded from Nexusmods now.

Read Also: DOOM Eternal Gets New Mod That Removes the Red Screen Tint When You're Low on Health

Besides these character swapping mods, there is another Sekiro: Shadows Die Twice mod that is incredibly popular among players right now, which allows player versus player combat or a multiplayer that the title does not include.

According to a report by GameSpot, other titles from FromSoftware included multiplayer modes, such as Bloodborne and Dark Souls, so fans were a little disappointed that Sekiro only focused on the single-player experience.

Nevertheless, that changes today as the new mod arrives, known as Sekiro Online.

This new mod is created by indie developer Luke Yui, which allows up to six players to experience the samurai's journey together.

Through Sekiro Online, other players can invade sessions just like with Dark Souls and Bloodborne, plus players can summon their friends as friendly phantoms that could play the game alongside them.

This could be extremely helpful during boss battles.

Anyone who invades a session or is summoned into one should be at the same level as the host player to avoid them being killed with a single strike or beating boss battles quickly as they have higher levels.

"For example, if you have 40 attack power and your opponent has one attack power, they will hit you as if they have 40, and you'll hit them as if you have 1," the developer explained on the mo page.

Sekiro Online can now be downloaded on Nexusmods.

Sekiro: Shadows Die Twice is available on PC, PlayStation 4, and Xbox One, while Final Fantasy VII Remake is a PS4 exclusive.