Experts claimed the NHS coronavirus contact tracing app could effectively operate on the devices if the screen is unlocked while "half work" on iPhones.

The United Kingdom Government banks on the 'NHS Covid-19' app on its plan to lift lockdown and lead the country back to work, and will need at least 60% of the nation to download it for the app to be effective, the Daily Mail reports.

However, the public also raises security concerns as experts yesterday warned that it "was open to abuse" since it triggers alerts to all the users' contacts when they tell the program they feel unwell.

Also, an expert has now claimed that the NHS app-only half works on iPhones because the handset's Bluetooth only 'listens' for other phones when locked. It does not broadcast, so when two locked iPhones are together, they will not record contact, unless an Android joins them.

ALSO READ: COVID-19 UPDATE: Italian Researchers Claim That They Have the Vaccine that Can Kill the Coronavirus 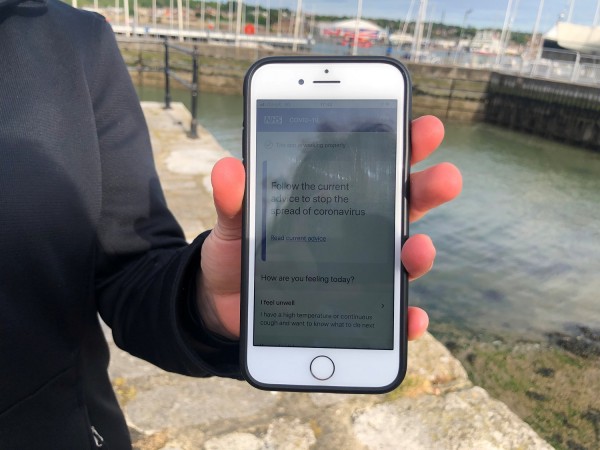 ALSO READ: Coronavirus Spreaders: Some People Believe Acquiring COVID-19 Will Give Them Immunity

The app trial in the Isle of Wight

The NHSX coronavirus contact tracing app started its trial on the Isle of Wight this week. However, residents told Mail Online that the app drains their phone's battery faster while some islanders air their privacy concerns, so they are hesitant to download it.

The app, developed by NHSX, works with Bluetooth that logs whenever someone is within two meters of another for more than 15 minutes.

Omar Lakhssassi, a resident of Isle of Wight, told LBC News that the app had earned split opinion across social media here.

'Many people, including myself, are very happy to download this app and to try and make a difference to the data recording so the Government can track and trace people that have Covid-19 symptoms," said Lakhssassi. He hoped that the app will enable us to come out of the lockdown sooner than on a national level.

A lecturer in digital rights and regulation at University College London, Dr. Michael Veale, said the app "only half-works on iPhones."

'This is because the U.K. has decided... not to use the new decentralized building blocks Apple provides in its new iOS 13.5 operating system next week," Veale told Daily Mail.

'In particular, iPhones are only able to 'listen' when they are locked and not to reach out to other phones," said Veale adding that two locked iPhones would need a nearby Android phone to nudge them.

While Google and Apple's own tracing app ha addressed this flaw, the NHS app does not use the same software.

The users of Apple IOS to Android users in Britain have a rough 50:50 proportion, while 75% of people responding to a poll in the Island Echo said they intended to download the app.

Meanwhile, the Scottish government said it will only commit to the technology if it is working and is secure.

The First Minister of Scotland Nicola Sturgeon has said she is 'cautious' about the app while stressing that Scotland's approach in managing the spread of coronavirus will be more 'old fashioned'.

Read also: SARS-CoV-2 Gets Duplicated by Scientists! While Another Researcher Found Dead