COVID-19 UPDATE: Italian Researchers Claim That They Have the Vaccine that Can Kill the Coronavirus

It's been shared by Italian researchers that they are now planning to move to human trials after claiming that the vaccine they've developed is the first in the world that can neutralize and kill the coronavirus.

In their research, the antibodies that were produced from mice were able to kill the infection in human cells during a lab test. 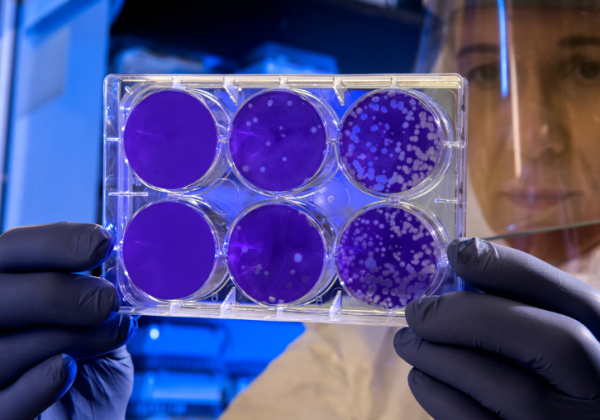 Read Also: Virtual Meeting While Driving? Tesla Vehicles Will Have Video Conferencing: Interactive-Virtual-Reality Mario Kart Can Also Be Played While On The Road!

Antibodies are substances that are produced by the immune system that can help fight off a certain kind of infection; they are essential for immunity. Results from test labs have shown that these antibodies that were created in test mice were able to prevent human cells from being infected. Luis Aurisicchio, chief executive of Takis Biotech, unveiled that the team from Italy is now planning to begin trials in autumn.

However, leading scientists have said that they would be astounded if none of the other vaccines that are currently in development hadn't shown similar responses in mice tests. Oxford University is one of the many teams worldwide to already have ongoing vaccine trails on humans, with plans to have thousands to millions of doses ready by September.

The team in Italy has compared a single dose of five various vaccine candidates on mice back at the Spallanzani Hospital in Rome. According to Daily Mail, "All are DNA based vaccines; the method involved injecting a tiny amount of cloned genetic code from the virus into the body. DNA or RNA based vaccines are not made with a weakened or deactivated virus, nor elements of the virus, which means they can be produced on a huge scale in the lab without needing any fresh samples."

The DNA from the vaccine will be taken up into the recipient's cells and the entire body reacts in a similar way as it would if it was being infected with the real virus. This triggers an immune response. However, with the virus' absence, it means that their health is not at risk.

Read Also: Childhood Abduction Survivor Has A Warning For Parents About Online Predators And How They Manipulate Children

"Antibodies, substances created in response to a virus, were taken from the blood of the mice and added to human cells that had been grown in a petri dish. They worked against the infection and successfully prevented the SARS-CoV-2 virus from binding to, and infected the human cells," the Daily Mail's report added.

ANSA, an Italian news agency has said that Aurisicchio stated that theirs is the most advanced stage of testing a candidate vaccine has so far had in Italy.

He also added, "'According to Spallanzani Hospital, as far as we know we are the first in the world so far to have demonstrated neutralization of the coronavirus by a vaccine. We expect this to happen in humans too. He added that human tests are expected 'after this summer. implying they would begin in the autumn."