COVID-19 UPDATE: CT Scans Reveal Half of Hospitalized Children with Coronavirus Have Inflamed and Fluid-Filled Lungs

Doctors from Boston Children's Hospital have been reviewing CT scans of children with COVID-19 to try and identify some common features. Out of 20 children, their analysis revealed that almost two-thirds had shown signs of widespread inflammation, and half of them had "halo sign" which is the inflammation that surrounds consolidation. This makes it very difficult for them to breathe due to mass obstruction. 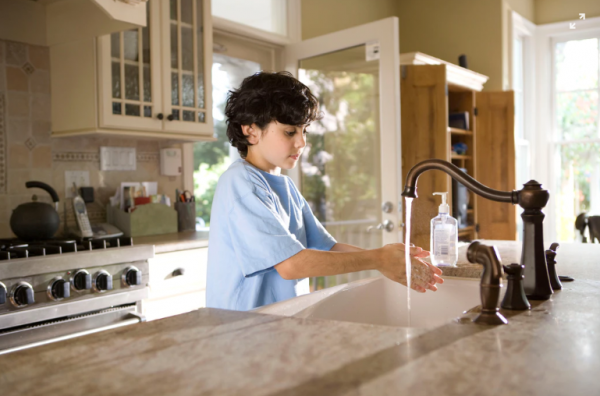 A team has been comparing the virus to various lung diseases

After publishing children's CT scans right when they contracted the coronavirus, doctors are now warning the public that hospitalized patients can suffer lung damage.

The team at Boston Children's Hospital have evaluated and assessed CT scans from pediatric cases of COVID-19 to identify the most common features. In this study, children have appeared to be less affected by COVID-19 compared to adults, and are more vulnerable if ever they have underlying conditions.

Led by radiologist Alexandra Foust, the doctors set out to compare the effects of COVID-19 with similar respiratory diseases. They inspected MERS and SARA, which both are related coronaviruses, a strain of flu, H1N1, and EVALI, which is a newly discovered condition that is associated with vaping.

According to Daily Mail, "Because SARS-CoV-2, the virus which causes COVID-19, is so new, evidence of its effects on health is limited, particularly for children. Data from the Centres for Disease Control and Prevention suggests just 1.7% of diagnosed COVID-19 cases are in under 18s."

Studies were also made in Wuhan where the virus originated

Meanwhile, a study in Wuhan, China has assessed at least 20 children at a pediatric hospital with COVID-19 between the ages of one day and 14 years old--thirteen of them were all male.

"All patients had lesions - a portion tissue that has been damaged or abnormally changed - in the walls of the lungs. Half had bilateral lesions on the lungs, meaning to both sides, while 30%had lesions on just one lung. Six in ten patients had ground-glass opacity (GGO), which is a hazy cloud over the lungs indicating a variety of problems. It can mean the lungs are partially filled with inflamed material, there is a thickening of lung tissue or partial collapse of the alveoli - the tiny air sacs of the lungs, " The Daily Mail added.

Half these patients also had consolidation, which is the air space in their lungs that are filled with a certain substance, usually water, pus, or blood, and are surrounded by ground-glass opacity. The team of doctors behind this study also said that consolidation with the surrounding halo signs was actually common in pediatric patients, and is different compared to adults.

Consolidation is a symptom of pneumonia and can gravely cause breathing problems since air cannot enter through the mass. Medical Express has stated that "Dr. Foust agreed the halo sign appears to be unique to COVID-19 compared with the other diseases. But typically the imaging features overlapped with each other. "

The team has then reassured the public that children appear to be less affected compared to adults, with a study of 2,143 children showing 94% of them were asymptomatic or had moderate and mild cases.

Foust and her colleagues have gathered five studies and noted the most common and obvious changes in the lungs of children with COVID-19 and have published this in the American Journal of Roentgenology.

Read Also: Rats Infect Humans With Hepatitis, And Nobody Knows How It's Happening Even After 2 Years Since It Was Discovered