COVID:19: Here's Why the 'Plandemic' Video Went Viral So Quickly

Have you seen the Plandemic video? Ever since it was launched on May 4, the 'Plandemic' video has unfolded far more swiftly than the Coronavirus. The video is a 26-minute-long interview of Dr. Judy Mikovitz by an expert filmmaker named Mikki Willis. 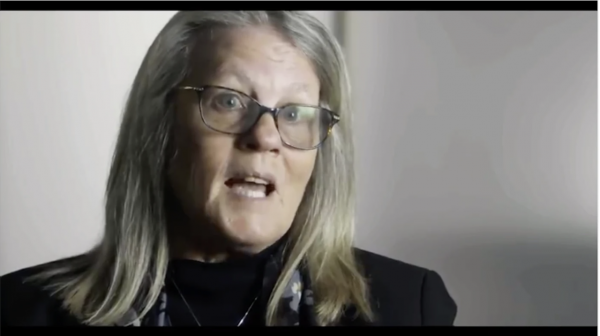 By answering a sequence of carefully-worded questions and prompts, the protagonist raises questions on widely-frequent tenets regarding COVID-19.

Of a handful of films with questionable content material and claims which can be posted each day on social media platforms, why did the Plandemic video pass viral and spread so hastily and widely?

The video meticulously creates an aura of authenticity.

Perhaps the greatest mission for any content in the current crowded media environment is to overcome the authenticity hurdle. Skeptical viewers should not best trust the content's validity, but also trust the producer's expertise.

First, due to its slick manufacturing values, the video appears to be made through professionals. Mikovitz's credentials, from the introduction, are referenced throughout. Furthermore, the video presents records that seem reasonable and real to viewers who can be on the fence on its claims.

The video also repackages opinions that are already strongly endorsed by most Americans.

The protagonist tells a compelling and persuasive tale

Carefully constructed testimonies are captivating and persuasive. They contribute to the content material's authenticity. In the video, the protagonist's tale has at least four structural factors that make it compelling.

First, she has a story with ups and downs (she makes a discovery, gets falsely accused, etc.). Second, her portrayal as a persecuted hero, a role that viewers can readily be known from popular movies, TV shows, and books. Third, sharply described heroes and villains. Fourth, a storyline where the hero falls from grace and is redeemed in the end.

The well-crafted narrative makes it difficult for viewers to forestall watching. It will increase the chances of social media sharing.

The narrative is designed to generate severe, wrong emotional responses from the viewer.

Instead of a bland, sincere presentation that leaves the viewer to make a rational evaluation of the facts, the interview's emphasis is on generating extreme, inadequate emotional responses from the viewer.

Over decades of research, communications psychologists have found that arousing excessive negative emotions, especially fear, is an effective way to interact with the viewers. Emotionally extreme, physiologically arousing content is additionally more likely to head viral.

It is not clear whether this became fortuitous or deliberate. But the video was released at a critical juncture during the pandemic.

For nearly months, most people have been self-isolating, working from home, or coping with task loss. At the start of May, many state governments began lifting shelter-in-place orders and allowed groups to open. There was more dialogue on traditional and social media about the need to recall the economic consequences of the shutdowns.

More Americans, beyond the video's slim target audience, had been receptive to hearing extraordinary views as they consider whether to start a more active life or keep self-isolating voluntarily. The timing of the video's launch became impeccable.

If you search for information articles using the phrase "Plandemic video" at the moment, possibilities are that most of the topics would be about the competitive removal of the uploaded video from mainstream media platforms.

In today's media environment where fake information can have large ramifications, that is trendy protocol. However, the competitive and well-publicized taking down of the video also has unintended effects, fueling the public's choice to look at it.

This motive force of the 'Plandemic' video's fast virality is not orchestrated by its producer. It is an issue of the triumphing media environment that encourages censorship and caution. In the end, the video's virality is fueled by its well-meaning opponents, who consider the first-order effects of their actions. They fail to recognize that publicizing, disparaging, and censoring controversial content will accelerate the very behaviors they may be looking to stifle.

ALSO READ: COVID-19: France Took Down A Fake Coronavirus News Page After Receiving Complaints From A Group of Journalists

ⓒ 2021 TECHTIMES.com All rights reserved. Do not reproduce without permission.
Tags: Plandemic hoax
Most Popular