After weeks of COVID-19 lockdown, London is slowly returning to normalcy. As businesses reopen, people line up for buses and tubes to get them into their destination. However, commuters complain about riding the tube tagging it as a "suicide mission" without social distancing and masks. 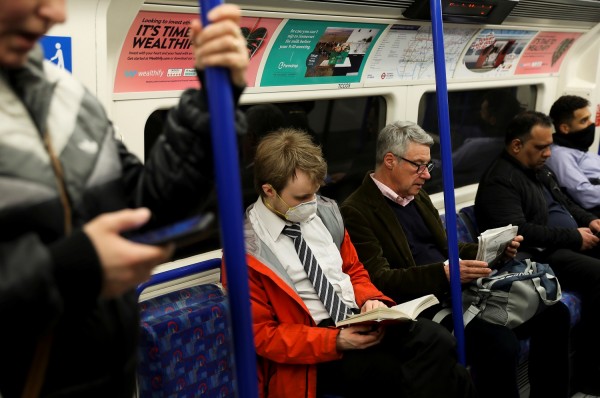 This was after the Prime Minister's Sunday speech to urge people to go back to work. Adhering to the prime minister's advice, London Mayor Sadiq Khan directed that the tube only carries 13% to 15% of passengers while commuters wear masks and bring sanitizers.

However, the people commuters blasted the London Mayor for not strictly applying the social distancing rules as well as criticized against the number of tubes running.

The Tube is a 'suicide mission', complain commuters: Precious few masks in sight despite Sadiq Khan's instructions as thousands more commuters pack onto London Underground with NO extra trains
via https://t.co/U6zDkiIpsP https://t.co/GertihfsLy — #ossietheludditeDDD (@ossien1) May 12, 2020

Also, @John MIchael posted a picture of the packed tube seemingly putting fuel on the fire.

London underground crowded again. With a huge number of infections, this is fuel on the fire. https://t.co/q8eKnnHtB1 — Jason Michael (@Jeggit) May 11, 2020

The cramped tubes resulted from the limited number of carriages while thousands of lower-income Londoners use packed trains as Mayor Khan insists that the city is still locked down despite Johnson's plan. The plan was to keep the passengers low on the tube and buses by encouraging people to travel by other means.

'TfL has been operating up to 60% of Tube services and more than 80% of bus services during the crisis to support essential journeys. This is while managing the impact of the virus on the transport workforce with staff ill, shielding or self-isolating', said McCarthy.

Aside from the Circle Line, the London Underground will reopen some of 37 stations that have been closed for weeks. 'The national requirement to maintain 2m -social distancing wherever possible, so TfL will only be able to carry around 13% to 15% of the normal number of passengers on the Tube and bus networks even when 100% of services are operating again.

The future of public transport

It comes after London's RMT union yesterday threatened to close the tube entirely if its demands are not met. This would paralyze London and takes any hopes of an economic recovery.

The battle over the future of transport is also playing out against a wider clash between the private sector with just 13% union membership, and the government as it goes back to work.

The Rail, Maritime, and Transport union (RMT) also "advised its members not to work if they felt unsafe", particularly when people fear a surge in passengers on the railways and tubes.

Meanwhile, Transport for London has slashed Tube and bus services to 15% and 12%, respectively, and closed 40 stations.

While a collapse has decimated public transport services in demand and staff shortages, passengers are not urged to use trains and buses.

Read also: COVID-19 U.K. Update: People Who Have Low Paying Jobs Are More Likely To Get Infected And Have Died More From COVID-19,