A breathtaking new study discovered that TRAPPIST-1's exoplanets orbit in a flat plane around its middle just like how the Solar System's planets revolve around the Sun's equator like a vinyl record. 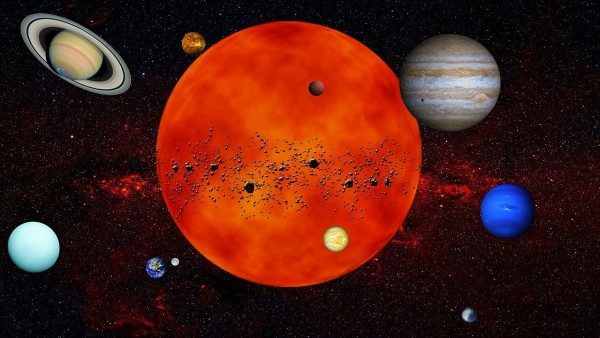 This discovery will allow astronomers to probe the TRAPPIST-1's history in refining the solar system models. But locating the planets across the famous star's equator means they're basically orbiting the same inclination on which they formed, making the system's primordial state less challenging to study.

The research has been published in The Astrophysical Journal Letters.

More than 4,000 exoplanets in Milky Way

To date, astronomers have found over 4,000 exoplanets in the Milky Way galaxy. One of the essential things they can show us is how normal (or not) the Solar System truly is.

Astronomers measured the orbital alignment of some exoplanets through now. Many close-orbiting gas giants show how a star's exoplanets are orbiting at an indirect perspective to the star's spin axis.

Multiple-planet systems have a tendency to be much less oblique. However, nobody had measured the systems with rocky, Earth-like worlds before. That's because stellar obliquity is estimated based on something referred to as the Rossiter-McLaughlin effect, which is hard to observe with small, faint stars like TRAPPIST-1.

When observing a revolving star, the light from the tilt rotating closer to the solar system might be compressed into higher frequencies closer to the blue end of the spectrum called the blueshift.

The light from the tilt rotating away from the solar system, on the other hand, is stretched into lower frequencies, or redshifted.

When a planet moves around that star, astronomers could tell which direction it's journeying based on which type of wavelength is blocked out first. The exoplanet casts a traveling Doppler shadow that creates a distortion used to model stellar obliquity directly.

ALSO READ: TRAPPIST-1 Planets Are Rocky And May Have Water

TRAPPIST-1 is a red dwarf, which means it's tiny and faint. So the Rossiter-McLaughlin effect had been not possible to observe before. But the Subaru Telescope positioned in Hawaii was outfitted with the InfraRed Doppler (IRD), a brand new high-resolution infrared spectrograph to make it out.

On the night of 31 August 2018, three of the TRAPPIST-1 exoplanets transited the star in one sitting, allowing the crew to accumulate a wealth of data in a single gazing run. And it was lucky they did. Only one of the transits produced a dependable Doppler shadow. However, it showed that the stellar obliquity was near zero.

It's not conclusive yet - there was pretty a massive margin for error. That means orbital misalignment couldn't be completely ruled out. But it does advise a few attractive opportunities for the TRAPPIST-1 system.

TRAPPIST-1 probably stayed longer where they formed if the planets are in a neat, flat, equatorial plane. However, the exoplanets were clustered near their star. That means that this compact community was probably the result of a sluggish inward migration, in place of some other disruptive factor.

"Despite the [data limitations], our observation of the Doppler transits in the TRAPPIST-1 system are the first such observations, to our knowledge, for a low-mass star," they wrote in their paper.

No other results have been reported for stars cooler than 3500 K, the researchers said. By performing additional observations, the astronomers said a new window will be opened into the orbital architectures of planetary systems around low-mass stars.

ⓒ 2021 TECHTIMES.com All rights reserved. Do not reproduce without permission.
Tags: Solar system TRAPPIST-1
Most Popular