Chinese smartphone brand Oppo is making a renewed move to the European market through a partnership with telecommunications giant Vodafone.

On a Monday, May 18, Vodafone will sell Oppo products through its retail networks in Germany, the United Kingdom, Spain, Portugal, Romania, Turkey, and the Netherlands starting May this year.

Cooperation with Vodafone is signaling Oppo's global aspirations with a plan to promote the brand in established overseas markets. At the same time, Huawei faces headwinds selling internationally after being put on a U.S. trade blacklist that forbids the use of Google mobile services. Huawei's growth could be impeded after the United States. Commerce Department announced that it would further limit Huawei's ability to manufacture semiconductors using American technologies. 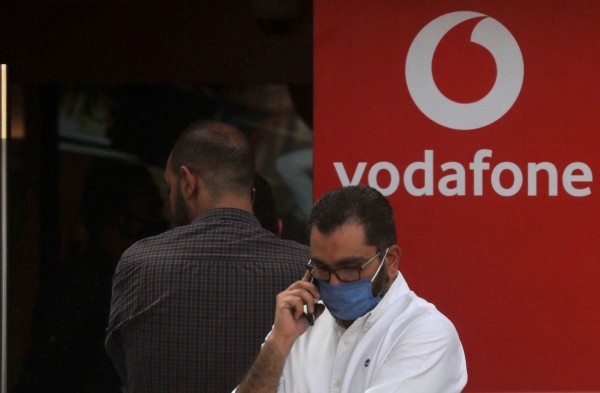 (Photo : REUTERS/Amr)
FILE PHOTO: A man wearing a protective face mask talks on his mobile and waits with others outside a branch of Vodafone Egypt Telecommunications Co, amid concerns over the coronavirus disease (COVID-19), in the Cairo suburb of Maadi, Egypt April 22, 2020.

Oppo, currently the second-largest smartphone vendor after Huawei in its home country, has seen an increase in revenue across Europe since its entrance into the market in mid-2018.

According to research firm Canalys, Oppo now accounts for 2% of the European market, after witnessing 10-fold growth in the first quarter amid countrywide lockdowns imposed to restrict the spread of the pandemic. The growth spurt saw Oppo leap to the fifth position in the country, 14% behind Xiaomi in fourth place, and Huawei in second place with a 21% share.

According to Canalys, global smartphone shipments dropped 13% to 272 million units in the first quarter due to the effects of COVID-19.

"Oppo is confident that our industry-leading products and technologies will enable Vodafone to win new opportunities in the 5G era," Oppo vice-president Alen Wu said.

Peter Richardson, research director at Counterpoint Research, explained to TechCrunch Oppo has a product range that can hit many of the same segments as Huawei. That was the reason why it to gain market share at the expense of Huawei.

Oppo, according to Richardson, has always used quite a European flavor in its product design - including the color choice, packaging, and advertising materials. "This makes it acceptable to European consumers," he said.

Richardson pointed out that Oppo, whose name is less "Chinese sounding" than its domestic rivals, would help avoid some "negative media around China."

Oppo, headquartered in Dongguan, Guangdong, has previously provided mid- to low-price smartphones with entertaining marketing strategies that target young people in lower-tier cities across the world. Earlier this year, the launch of its new flagship Find X2 series of phones showed it has plans to extend its overseas footprint from emerging Asian markets to Europe, where mobile buyers are more likely to shell out for premium models.

Oppo said more than half of its smartphone shipments have been outside of mainland China since September, and the company aims to increase its share of overseas sales with its move to new markets.

Nevertheless, in their home market Oppo, Xiaomi, and Vivo faced stiffer competition after Huawei doubled down on efforts to boost domestic sales. The move is to offset the effect of the U.S. blacklist that curbed their attempts to attract overseas purchasers.