Ark: Survival Evolved is the Final Free Game You Can Get From Epic Game Store's Mega Sale

The final game that will be free from Epic Games Store's Mega Sale has been leaked online, and people believe it will be Ark: Survival Evolved, a simulation and survival game complete with dinosaurs and other prehistoric animals. 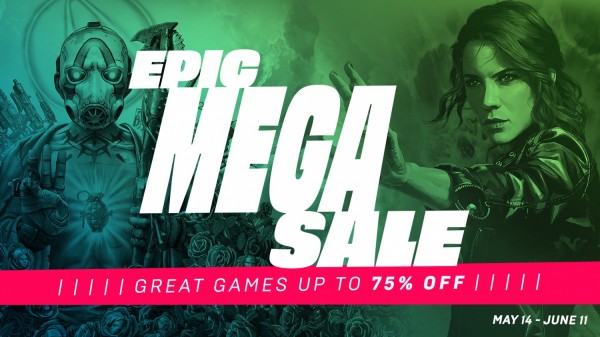 According to GameSpot, a Facebook ad by Epic Games Store revealed that Ark: Survival Evolved will be the final free game of the sale and that it would be up for grabs starting on June 18.

The game was officially launched in 2017. According to the news outlet, it was available since 2015 as an early access title.

As with many other simulations and survival games out there, players would have to start from nothing and try to survive amid the harsh environment with nothing but the resources they can acquire around them.

Unlike many others, though, Ark: Survival Evolved is a lot more demanding.

Players would have to manage health and stamina as well as oxygen and the character's hunger levels while trying to befriend dinosaurs of all sizes that can help in your survival.

Nevertheless, the title allows linking with other Tribes, so it's best played with your friends as you can get help build a thriving village and take on some of the biggest and most ferocious creatures in the game that you would otherwise be unable to take on your own.

For those who love survival simulation games with an open-world element, then you can grab it for free soon on Epic Games Store.

Samurai Shodown NeoGeo Collection will be Free This Week

Besides the final game, fans could also get Samurai Shodown NeoGeo Collection as per GamingBolt starting today, June 11, until 18, meaning the game would be free on the storefront for its first week.

The collection will include seven classic fighting games.

The Samurai Shodown NeoGeo Collection will be replacing a fast-paced, co-op cooking game called Overcooked! That was up for grabs last week until June 11.

As Comicbook noted, once you grab the game while it's free, you'll have it in your Library forever--and there's also no pressure on installing the games as soon as possible. You can do that whenever you feel like, even way after the free giveaway is done.

However, you'll need an active account with Epic Games Store to get the games for free and to store them in the Library where you can access and install the titles that you purchased or acquired free from the giveaways.

Fans have been checking out their Epic Games Store account each week as the Mega Sale has been notorious for giving out some of the biggest games for free.

Some of the past titles that fans were able to get for absolutely nothing are Grand Theft Auto V, Civilization VI, as well as the Borderlands: The Handsome Collection that included two full games.

Apart from free titles, avid players could also grab more titles with huge discounts while the Mega Sale is ongoing.

They have also given away a free coupon for $10 that players can use for their transactions until Nov. 1 of this year.