Fans of Shin Megami Tensei: Persona 4 Golden could finally play the game yet again on their PCs with the help of Steam, that is if the rumors are indeed true. 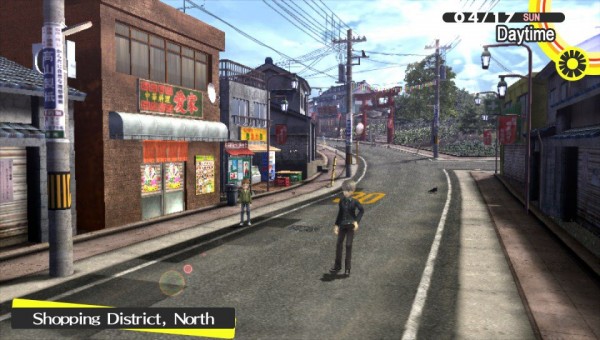 Is Persona 4 Golden Coming to PC?

In a report by IGN, the rumor started circulating online after multiple sources on Twitter started talking about the arrival of the Japanese role-playing game, or JRPG, as fans call it on PC via Steam.

One Twitter user spotted a listing for the game through SteamDB, a crowdsourced Steam database website that lists all listings and even some upcoming games that will be made available on the game streaming platform.

After the eagle-eyed Twitter user saw the listing, SteamDB developer Pavel Djundik confirmed it as well.

Several well-known leakers on Twitter, who are well-known for their almost accurate leaks and predictions, have started talking about Persona 4 Golden's arrival on Steam.

According to these sources, the game will be announced through this weeks' PC Gaming Show 2020 and that it should be available on the platform starting June 13.

What About Persona 5 and Other Persona Titles?

With the recent expansion of Persona 5 Royal, it won't be a surprise that Atlus is deciding to bring the game on PC, where it will be widely available to gamers and JRPG lovers, especially as many see it as one of the best RPG games of all time.

HITC even noted that tons of PlayStation 4 owners are asking whether they would see the game in the console in the future as the game was initially made available on past PlayStation consoles.

Years after, the expansion, Persona 4 Golden, was launched for Sony's handheld gaming device, PlayStation Vita, while spin-off rhythm and fighting games have been released on Xbox and Nintendo consoles.

If the rumors are indeed true, this will be Atlus' first port to PC since 1999 when the first Persona game was ported.

Much like with Persona 5 Royal, P4G is an expanded version of the original game, meaning there is new content than the first Persona 4 title, including a new character, additional story, additional Persona, and more.

Nevertheless, it does not change the main story nor the gameplay.

For those who are new to the Persona franchise, Persona 4 Golden centers around a high school lad, who comes to the small town of Inaba for a year as well as his friends who get caught up in a mystery.

The game combines simulation and RPG elements, wherein players would have to build relationships with people around the main character, helping strengthen the characters' Personas.

In addition, they'll have to go through the mysterious "TV World" whenever an image appears on the equally mysterious Midnight Channel, seemingly predicting the death of people in Inaba.

The game is well-loved by gamers, and JRPG lovers, which is why many are excited about the rumored arrival of the game on PC and hoping other titles in the franchise, such as Persona 3 and Persona 5 would also be ported in the future.