The Department of Homeland Security deployed helicopters, aircraft, and drones in over 15 cities where demonstrators gathered during the Black Lives Matter protests, Customs and Border Protection recently reported. 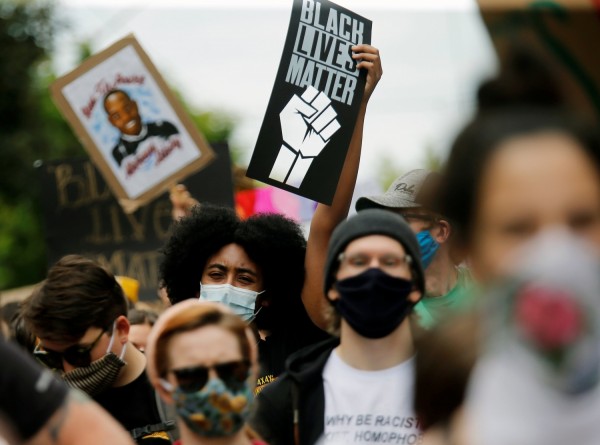 The deployed aircrafts logged at least 270 hours of surveillance--more than previously reported--which was broadcast live in a Customs and Border Protection control room.

Black Lives Matter marches have unfolded around the US and around the world as people rally for George Floyd, Breonna Taylor and Ahmaud Arbery's recent deaths, and against institutional racism.

However, that was only one piece of a nationwide operation that usually used resources to patrol the US border for smugglers and illegal crossings. Aircraft filmed demonstrations in Dayton, Ohio; New York City; Buffalo and Philadelphia; and sent real-time video footage to control centers run by Air and Marine Operations, a Customs and Border Protection branch.

Border Patrol used Predator drones in Minneapolis--where riots kicked off after unarmed Black man George Floyd died while in Minneapolis police custody--and Del Rio, Texas. The drones had no capacity for facial recognition and were not armed. An ICE agent asked them to do so, according to the Times report.

The revelations came amid a fierce national debate about police tactics. The Times report added the role of federal law enforcement and military forces in controlling or monitoring protests.

The clearing for a presidential photo-op of Lafayette Park demonstrators in Washington is still under scrutiny. The inspector general of the Air Force is investigating this month in Washington and Minneapolis if the military misused a reconnaissance plane to track peaceful demonstrators.

Also Read: Are We Prepared for Drones Being Used for Terrorist Attacks? Researchers Don't Think So!

Renewed calls for the demilitarization of police work have come not only from criminal justice advocates but also from former Republican Homeland Security officials, including Michael Chertoff and Tom Ridge.

Customs and Border Protection base officials dismissed any suggestion that their aircraft fleet had been misused to either breach privacy rights or to harass demonstrators.

In a statement on May 29, Border Patrol explained the aircraft gave situational awareness, maximized public safety and minimized the threat to personnel and assets.

Monitoring these protests infringes the right to protest in the First Amendment and the Fourth Amendment, which is designed to protect Americans against unreasonable searches and seizures, Congress members said.

The FBI has said it does not monitor First Amendment-protected activity. Instead, it "focused on identifying, investigating, and disrupting individuals who incite violence and engage in criminal activity."