After the deaths of Breonna Taylor, Ahmaud Arbery, and George Floyd, thousands of people from across the United States have protested the ongoing police brutality against black people and racism as a whole. 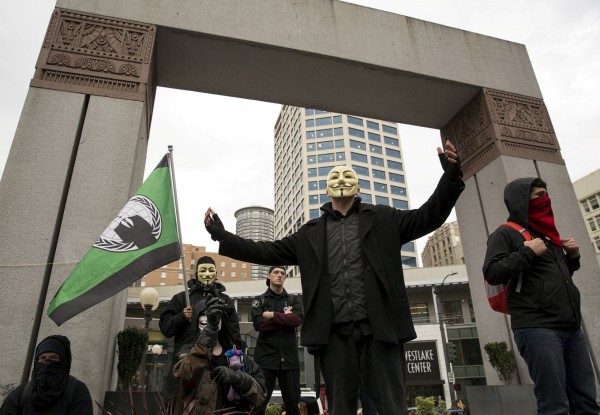 Hacktivists Groups Steal and Leak Information From the Force

Now, hacktivist groups Anonymous and DDoSecrets have seemingly come together to steal thousands of files from around 200 police departments and have them published on the internet, including emails, police officers' information, and internal memos.

According to Business Insider, the data dump has been dubbed the "BlueLeaks" collection with a massive 296 gigabytes size.

Based on the report, DDoSecrets published all the sensitive information stolen from the police last Friday, June 19, in time with the Juneteenth holiday.

Many of the documents they have released purport to show how the law enforcement agencies handle and share information about current events, including the COVID-19 pandemic and, of course, the death of George Floyd.

There were also details on how they handle tweets that are critical to the police force.

Speaking to WIRED, DDoSecrets founder Emma Best said that the documents came from the infamous hacktivist group Anonymous, who have come back online and have hacked and stolen from various US organizations.

Anonymous, along with other protesters and supporters of the BLM movement from around the world, has been trying to dig through the files to pull out data on how the police are tracking the activities of protesters.

The data they acquired are documents that show how the force is describing groups, including Antifa's anti-fascist movement.

Read Also: Nextdoor Ditches 'Forward to Police' Feature After Racism Accusation; Here are Other Reasons Why

"It's the largest published hack of American law enforcement agencies," Best said. "It provides the closest inside look at the state, local, and federal agencies tasked with protecting the public, including [the] government response to COVID and the BLM protests."

Anonymous and DDoSecrets have uncovered, and published files are showing that the Federal Bureau of Investigation (FBI) and other law enforcement agencies are tracking the social media accounts of the people and groups they believe are organizing protests.

There was even an unclassified FBI memo shared with various police departments stating that "law enforcement supporters' safety" could be in danger.

There were also internal memos showing police departments sharing information about specific signs, clothes, and cars that they see as a potential threat.

With that, the police officers have made several arrests of people they tracked down via photos from the protests.

How Did Anonymous Acquire the Sensitive Information?

Reports said that the details seemed to have stemmed from a breach at Netsential, a web service provider from Houston that contracts with the state law enforcement agencies across the US.

Security reporter Brian Krebs obtained a memo saying that the hackers compromised the company's servers and stole the files that are hosted by the fusion centers, which are state agencies responsible for facilitating information sharing between police departments.

Business Insider has approached Netsential for comments, but they have not responded as of writing.