As the world continues to struggle from the coronavirus, Chinese researchers have recently discovered a new type of swine flu that may trigger another pandemic.

According to News.com, the new strain called G4 EA H1N1 genetically descended from the H1N1 swine flu strain that resulted in the 2009 pandemic. Chinese university scientists and China's Center for Disease Control and Prevention said this strain has "all the essential hallmarks of being highly adapted to infect humans." 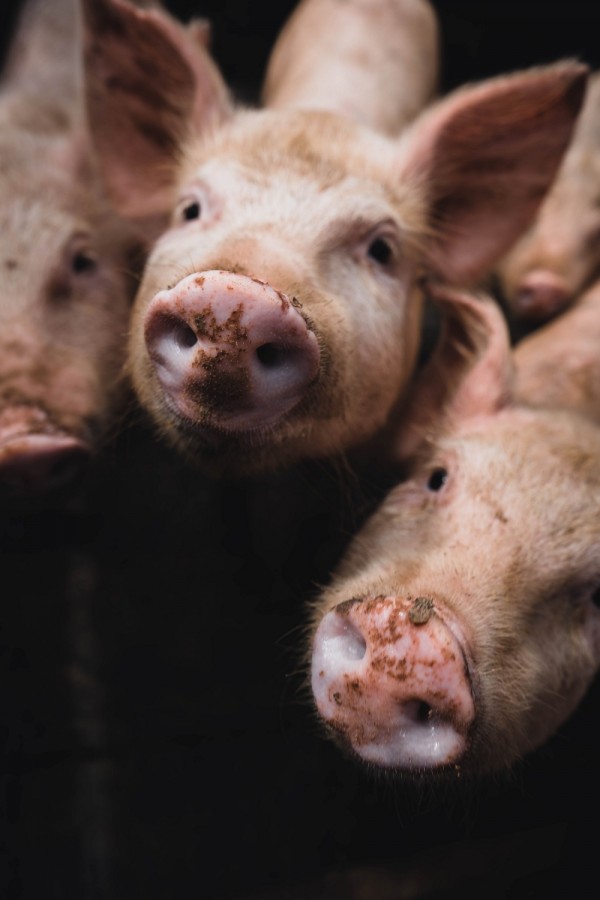 (Photo : Kenneth Schipper Vera/Unsplash)
Chinese researchers have recently discovered a new type of swine flu that may trigger another pandemic.

Researchers took 30,000 nasal swabs from pigs in slaughterhouses in 10 provinces in China and a veterinary hospital from 2011 to 2018. This allowed them to identify 179 swine flu viruses, the majority of which was a new one that has been dominant among pigs since 2016.

Researchers carried out numerous experiments. These include a study on ferrets, which are usually used in flu since they experience similar symptoms like cough, fever, and sneezing. The researchers wrote a research article that was published in the Proceedings of the National Academy of Sciences.

New swine flu virus that humans are not immune to

Scientists found that G4 is highly infectious, replicates in human cells, and causes more serious symptoms than other viruses. They also found humans who gain immunity from the seasonal flu are not protected from G4.

This was after 10.4% of swine workers had already been infected, despite blood tests showing antibodies created by exposure to the flu virus. Worse, tests also showed that about 4.4% of the population have also been exposed to the virus. 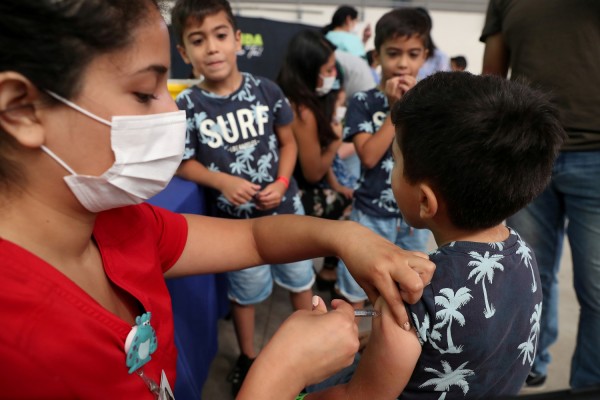 (Photo : REUTERS/Ivan Alvarado)
A child receives a vaccination as part of the start of the seasonal flu vaccination campaign as a preventive measure due to the outbreak of coronavirus disease (COVID-19), in Santiago, Chile March 16, 2020.

This proves the possibility of animals-to-human transmission of the virus, although there is still no evidence it can be transferred from human to human. However, scientists remain worried about the possibility.

"It is of concern that human infection of G4 virus will further human adaptation and increase the risk of a human pandemic," the researchers said adding that urgent measures to monitor people working with pigs are necessary.

"The work comes as a salutary reminder that we are constantly at risk of a new emergence of zoonotic pathogens and that farmed animals, with which humans have greater contact than with wildlife, may act as the source for important pandemic viruses," said James Wood, Cambridge University chief of the department of veterinary medicine.

A zoonotic infection results after a pathogen is transferred from an animal to a human.

Must not lose sight of other viruses

"Right now we are distracted with coronavirus and rightly so. But we must not lose sight of potentially dangerous new viruses," Nottingham University Professor Kin-Chow Chang told The BBC. Chang said "we should not ignore it" even if this is not an immediate problem for now.

Before the coronavirus, the world endured the swine flu pandemic that started in Mexico in 2009, but was less deadly since many older people had some immunity to it because of its similarity to earlier flu viruses. This A (H1N1)pdm09 strain is now covered by the annual flu vaccine to ensure people are protected from the virus.

While these existing flu vaccines do not seem to protect against the new G4 EA H1N1, they could be modified to do so.

Read also: NASA Created Necklace that Can Save You From Getting Infected by COVID-19 By Detecting Hand Vibration