For years, Facebook Reality Labs (FRL) has been trying to create a slimmer VR headset to make it more comfortable for users. However, as Engadget reported, their recent collaboration with Oculus seems promising as the ones they produced are easy to wear, just like a pair of sunglasses.

According to a blog article, the prototype is presented in this year's virtual SIGGRAPH conference in which Facebook presented "another research milestone on this path: a new optical architecture that is significantly more compact and offers the potential for better visual performance." 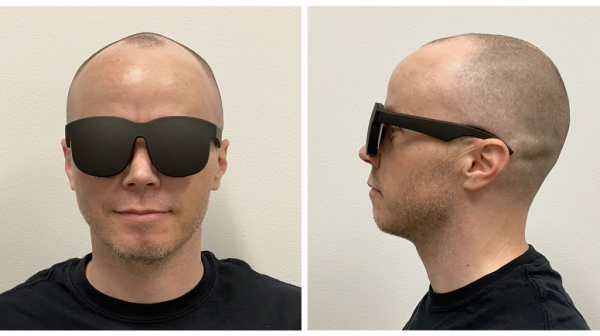 The existing VR displays have three primary features: a source of light, a display panel that adjusts the light to create an image, as well as a viewing optic that focuses the image far enough for the viewer's eyes to see.

The new VR device uses holographic with flat optic films, allowing displays to be less than 0.35 inches thick, which are much thinner than the usual LCD or OLED.

Even with the thin lens, the whole viewing optics remains huge as a substantial space is placed between the display panel and the lens to properly focus the image. The light from the display panel is usually transmitted forward to the lens and continues toward the eye. This is made possible by polarization-based optical folding that moves the light back and forth, then shrinking it below its original volume.

These new VR headsets also promise a visual upgrade. While the prototypes are in monochrome, Facebook pledges to provide a wider range of colors and more vivid images once the technology becomes available. Facebook also aims to enhance the resolution to eliminate visible pixels and the "limit of human vision" with the field of view is similar to current VR headsets.

Can this prototype beat the Half Dome series?

Compared to the newer versions in Half Dome series, this design is still unfinished, so it could still take a while before the finished product becomes available in the market.

(Photo : Facebook Research)
This image shows our research device display modules mounted into a frame. This research device was used to capture the green image shown below (some components are mounted externally).

Last year, two versions of the Half Dome prototypes were shown to the public. The smaller and lighter Half Dome 2 weighs 200 grams less than the first one. Although it has a tighter field of vision than the previous prototype, it is still 20% wider than Oculus Quest. Also, the parts of Half Dome 2 are more durable and silent than the original version.

For Half Dome 3, Facebook made more substantial advancements. It uses a varifocal system that drops the moving mechanical parts and allows it to be smaller than the other samples. It also eliminates noise and vibrations.

Meanwhile, aside from color output, Facebook will have to address concerns including battery life, device connectivity, and compatibility with common eyewear. Nevertheless, this technology is worth the wait as it may allow wearing VR glasses for longer hours, which may be useful not only for gamers but even professional use.

"Our work demonstrates the thinnest VR display demonstrated to date, and we're excited to see what the future holds," the Facebook blog said.

Read also: How Much Will It Be? Amazon Frontliners, Employees to Receive Bonuses