This time, the husband and wife duo will be familiar to gamers as the company partners with Bethesda Softworks to create a show based on the "Fallout" series, according to Engadget. 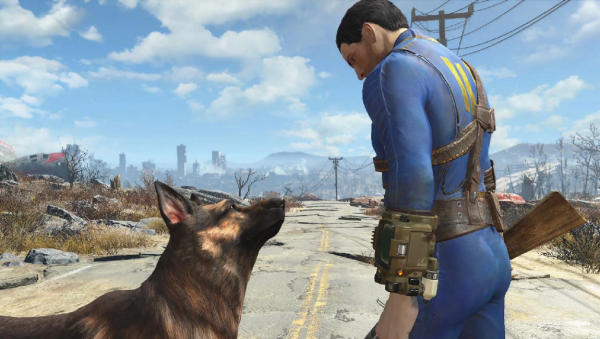 Both Bethesda and Amazon confirmed the news via Twitter. Bethesda wrote in a statement that Amazon gained the rights to the worldwide best-selling game franchise. The game developer also confirmed that Nolan and Joy's production company Kilter Films will be at the helm of the series.

The post-apocalyptic video game franchise began in 1997 and is set in an America torn by a nuclear war that happened decades in the future. For two decades, the games continued with the most recent release of "Fallout 76."

The series is part of Nolan and Joy's overall deal with Amazon Studios after they signed a deal last year that was rumored to cost $150 million.

Bethesda's Executive Producer Todd Howard said it has already been a decade since they thought of adapting the Fallout game to a movie or series. The Westworld creators' vision for the series adaptation is the first time they believe it could be done right.

"We're enormous fans of their work and couldn't be more excited to work with them and Amazon Studios," said Todd.

Nolan and Joy are best known for creating HBO adaptation of "Westworld," based on Michael Crichton's 1970s film. Its first season reportedly cost $100 million to make and was pitched as the new Game of Thrones. The duo is also working on an adaptation of William Gibson's novel "The Peripheral."

Fallout is "one of the greatest games series of all time"

The duo expressed their excitement with the new project. "[We're] incredibly excited to partner with Todd Howard and the rest of the brilliant lunatics at Bethesda to bring this massive, subversive, and darkly funny universe to life with Amazon Studios," the husband-and-wife team said in a statement.

They also noted Fallout as "one of the greatest game series of all time" as they spend countless hours on each chapter of this "insanely imaginative story." They joked they could have spent just as much time with their family and friends.

Amazon Studios COO and Co-Head of Television Albert Cheng said, "Fallout is an iconic global franchise", which has millions of fans worldwide and a rich, powerful storyline. "We're thrilled to join with Bethesda to bring Fallout to television," said Cheng adding that Nolan and Joy "are the perfect storytellers to bring this series to life."

While there are no specific details yet on who else is involved in the deal, when the series will premiere, or how the story would go, Bethesda specifically pointed out in a statement about the games' serious tone with some "ironic humor" and "B-movie nuclear fantasies." Does this mean the show will somehow be less "serious and harsh?"

Aside from gaining legions of fans and record-setting sales, the "Fallout" game series has also received numerous awards, including dozens of Game of the Year awards. Meanwhile, its mobile game version, Fallout Shelter, already has more than 170 million downloads.

ⓒ 2021 TECHTIMES.com All rights reserved. Do not reproduce without permission.
Tags: Westworld Amazon Fallout
Most Popular