71 people had been tested positive for coronavirus after a woman used an elevator. Researchers claimed that the woman unintentionally infected the unlucky individuals after using the lift in her tower block, the Independent reported. 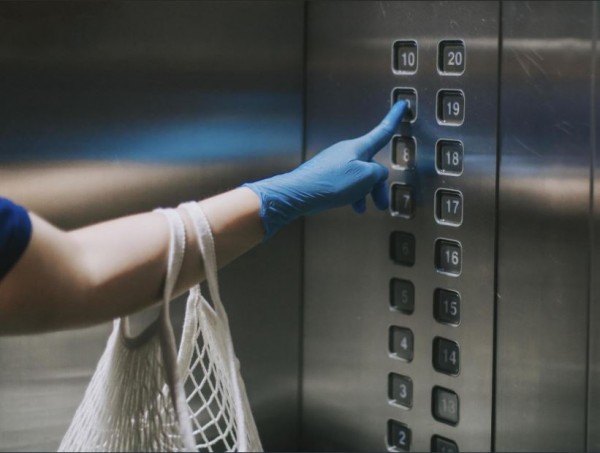 (Photo : Screenshot from Twitter post of @AndyVernaut)
[UPDATE] 71 People Were Infected by Coronavirus After 1 Woman Used An Elevator: Here's How It Happened

The traveler was reported to have a trip to the United States on Mar. 19, eight days after the area last reported any new coronavirus cases and then going back to her home in Heilongjiang province, China. The researchers wrote in the Chinese Centres for Disease Control and Prevention's journal Emerging Infectious Diseases that the woman did not show any symptoms of the viral disease and tested negative for the virus. However, she still isolated herself at her home alone.

The traveler took the lift by herself without any other passenger. But, the elevator was also used by her downstairs neighbor after her. The mother of the downstairs neighbor, including her boyfriend, who had visited her room, went to a party with another group. One of the individuals suffered a stroke and was taken to hospital on Apr. 2.

However, the connection between the neighbor's mother's boyfriend and the Chinese traveler was not clear since the boyfriend was not tested positive with COVID-19. The elevator must have been contaminated by the traveler, as concluded by the researchers. The traveler's neighbor was said to have contracted the viral virus before she contaminated her mother, as well as her mother's boyfriend, after they visited her house. The stroked patient, including his two sons, were infected by the couple after they attended the party.

The sons of the stroked man infected more people

The two sons were moved to a different hospital on Apr. 6, after taking turns to care for their stroked father. The researchers discovered 28 people in the first hospital, including one doctor and five nurses, who were infected by the stroke patient and his sons, who were later tested positive of the novel coronavirus. 20 more people were also infected in the second hospital. 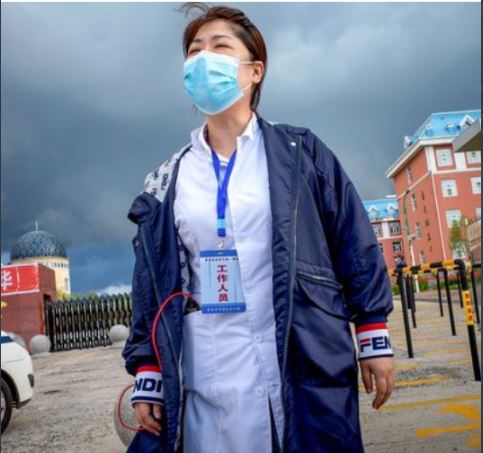 (Photo : Screenshot from Twitter post of @ByronCalloway)
[UPDATE] 71 People Were Infected by Coronavirus After 1 Woman Used An Elevator: Here's How It Happened

Details of the case have emerged in a new study released by the US Centres for Disease Control (CDC) which analysed the impact a single traveller with no symptoms can have pic.twitter.com/tvN3JYTXOW — Byron Calloway (@ByronCalloway1) July 13, 2020

The boyfriend of the neighbor's mother became the first case in the cluster to test positive for the disease after he displayed COVID-19 symptoms. The investigators discovered that someone in the block had recently traveled, tested the Chinese woman again, and this time, the antibodies were found in her; the result suggested that she was previously infected.

"We believe [the traveler] was an asymptomatic carrier and that [the downstairs neighbor] was infected by contact with surfaces in the elevator in the building where they both lived," wrote the Chinese Centres for Disease Control and Prevention researchers.

"Our results illustrate how a single asymptomatic SARS-CoV-2 infection could result in widespread community transmission," they added.