The 21 Tory rebels, the same group that advocated and pleaded for the British government to back out from its ties with Chinese-run Huawei, have a new outcry -- they want to fight authorities on a nuclear station also to be designed by the Chinese.

In a report on Daily Mail Online, the next target of these rebels would be to stop the growing participation of Beijing in the nuclear industry and schemes in the United Kingdom. They have claimed success in the banning of Huawei from the 5G mobile network of the Western European country.

The nuclear station will be located at Bradwell in Essex, and is to be designed by China General Nuclear Power Corporation, a company that has strong partnerships with the government and authorities in Beijing, China, the report added.

This turning point in the rebels' decision came after the U.K. Prime Minister Boris Johnson was prompted to refocus and then confirmed that the government is blocking Huawei from its involvement in the 5G mobile systems in the country, following the rebels' wishes, another report on the Sydney Morning Herald said.

There is a China Research Group managing the U-turn. The members of the CRG are also aides to various British cabinet ministers, including Alicia Kearns, a government official working for Oliver Dowden, secretary of culture.

Also in the group is former Tory chief Sir Iain Duncan Smith, a China critic and the person who set up the Inter-Parliamentary Alliance on China. It's a different group that includes United States senators Bob Menendez and Marco Rubio, with delegates from various nations such as Japan, Canada, and Australia.

One of the goals of Smith, he said, was to encourage politicians from "both sides of the aisle" from the nations to act in unison over areas of specific concern, including fair treatment for Uighur Muslims and coordinate globally and worldwide. Part of this is to demand sanctions against Carrie Lam, the chief executive of Hong Kong over issues on deals. 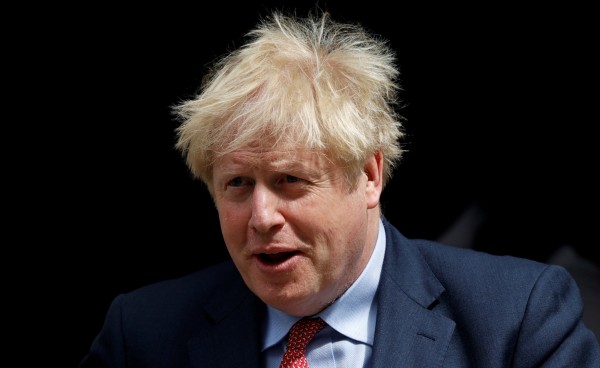 (Photo : John Sibley / Reuters)
Boris Johnson is once again confronted by the rebels' wishes to cancel the nuclear station building.

There were a total of 21 Tory rebels which included ex-ministers and party grandees, such as Philip Hammond, David Gauke, Dominic Grieve, Justine Greening, and Kenneth Clarke.

They voted for the motion to lose the whip of the party, and be barred from standing during the next selection. What does it mean? The government will not have a majority, and will have to choose 21 new parliamentary candidates in a haste decision. The rest of the rebels include Guto Bebb, Richard Benyon, Steve Brine, Alistair Burt, Greg Clark, and more others.

The debate continues, with high hopes that the rebels will once again win.