The National Basketball Association (NBA) Lakers girls usually cheer and dance onstage during the games, but since there is the ongoing pandemic, they are going virtual in the latest basketball games this season.

These ladies are trending on Twitter right now. In the Twitter profile of Tania Ganguli, Los Angeles Times sports write, these girls dancing on screen and presented on live screens are shown.

"The Lakers girls are here," Ganguli said in the caption.

CBS has called them the virtual Lakers girls.

Colin Ward-Henninger wrote on the CBS report, "Yeah, this whole thing is gonna take some getting used to ... but kudos to the Lakers for making the effort." 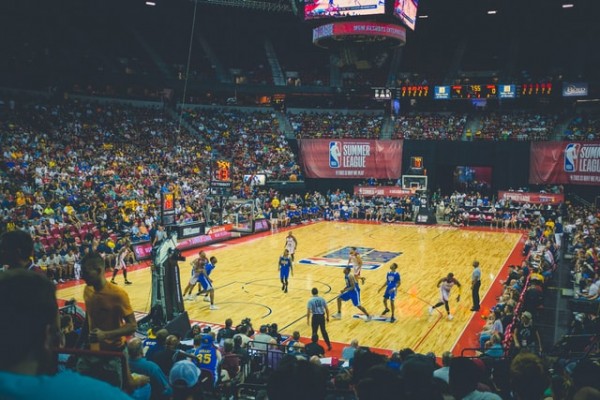 (Photo : NeONBRAND / Unsplash)
Nothing is stopping the basketball fans are watching the games despite the pandemic.

Despite the ongoing pandemic, the NBA games are returning, and these women were featured Thursday night.

The resumption came after March 11 when, due to the worldwide COVID-19 pandemic, the league has suspended the rest of the season until further announcements, especially after Utah Jazz's Rudy Gobert tested positive for the virus.

In the United States, the COVID-19 continues to cripple the economy, and just recently, the number of infection has breached the 14 million mark. Not just this, but fear and inhibitions are also befalling individuals who happen to move outside for necessary grocery shopping and other essentials.

During these games, LeBron James and Luka Doncic came back to the court, with several highlights that have happened.

Apart from the two, the world could not forget about Dion Waiters who came into the spotlight during the first game in this resumption since his "exile" from Miami Heat, Yahoo! Sports reported.

"With starting point guard Avery Bradley skipping the NBA bubble, the Lakers signed the maligned guard to fill out their backcourt depth. He looked ready for action despite having only played three games this season," Jason Owens explained in the Yahoo! report.

Also Read: Who Is Zoom's Prisoner In 'The Flash?'

Best player for a cause

Meanwhile, not fully moved on from the demise of Kobe Bryant, Los Angeles Lakers hoops star LeBron James may have appeared during the 108-104 game between the Lakes and the Dallas Mavericks on Sunday, but offered a message that everyone deserves to know.

"I want to continue to shed light on justice for Breonna Taylor," the basketball athlete said. "To her family and everything that is going on and that situation."

Taylor was killed by three Louisville police on March 13, right in her home, after wrongfully being accused of working as money and drug launderer on behalf of her ex. The three officers have not been charged for their wrongdoing.

Also Read: Zoom Hacking is on the Rise: Here's What You Need To Do To Be Secure