Elon Musk Hinted Having Colors on Tesla Cybertruck is Possible: Is a Wrapping Service on the Way Too? 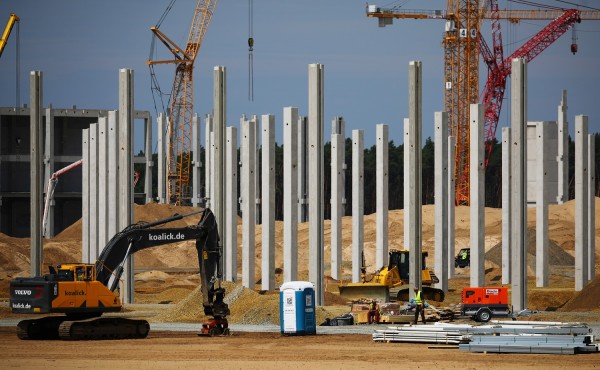 (Photo : REUTERS/Hannibal Hanschke)
Cranes and first pillars for the future Tesla Gigafactory are seen on the construction site in Gruenheide near Berlin, Germany, July 24, 2020. Picture taken with a drone.

Tesla Cybertruck is all muscle with its steel body and huge wheels. Those who are wishing for any pop of color on this all-electric pickup truck may find a gleam of hope as CEO Elon Musk agrees that heating the steel can give different colors.

In April, Musk replied to a question about Tesla Cybertruck color options via Twitter saying that buyers "will be able to wrap it in any color or pattern." This left more questions as to whether the manufacturer will provide a wrapping service while Tesla fans speculate it would be the buyers' choice whether to wrap the vehicle or not. 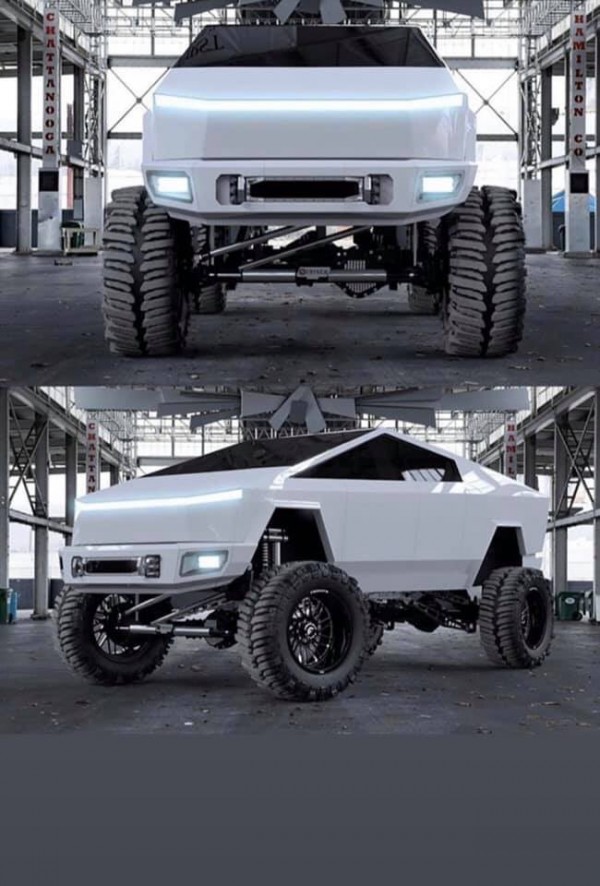 While Cybertruck's body is comprised of exposed steel, dents and corrosion are limited, as well as color options. However, as Elektra noted, heat can be applied to steel to trigger chemical reactions and get certain colors, depending on the temperature applied. Of course, fans were quick to assume the same process can be applied to the Cybertruck. Twitter user @flcnvhvy sent a photo showing a glare of color, then asked, "Would look pretty sick/unique if Cybertruck could be torched using not-a-flamethrower," which Musk directly confirmed on Sunday, July 26.

Some types of steel change color when tempered, does that apply to cold-rolled stainless too? Would look pretty sick/unique if Cybertruck could be torched using not-a-flamethrower ... pic.twitter.com/IT5PqxqCif — Viv (@flcnhvy) July 26, 2020


Earlier, another Twitter user asked: "Is white oxide a thing?" with photos of a white Cybertruck. Tesla CEO replied to @Ghost_TeslaPhx that his suggestion is "not impossible."

However, another user replied that the oxidizing process "is not durable" because it would simply rust while it does not stay permanently. He also said that a white ceramic coating may scale off while a Teflon coating is quite expensive, but it is durable, flexible, and white.

Instead, @EV_stevee suggested that burnishing the steel would be more durable or consumers may just have the wrapped.

Twitter user @Kristennetten asked Musk if steel can be tempered to get some colors. However, @RuberKelevra said that while it is possible to temper steel, it "would impact the brittleness/hardness" of the steel, so he would not recommend applying it on the truck.

Read also: Tesla's Cybertruck Get Early Reservations In China Even Before Official Launch

The future Cybertruck gigafactory in Texas

Although it is unclear if Tesla could offer its solution or if it would be done aftermarket, having color on the Cybertruck would make it even more interesting to the greater consumer before its planned release in late 2021.

(Photo : REUTERS/Hannibal Hanschke)
Cranes and first pillars for the future Tesla Gigafactory are seen on the construction site in Gruenheide near Berlin, Germany, July 24, 2020. Picture taken with a drone.

With two higher-end versions to hit the market first, it is much better to offer the rich with more color options. Regardless of whether Tesla would release trucks in different colors or if consumers need to shell out more money for it, it is nice to know that it is possible.

Indeed, Cybertruck with its bare body will create a great market of aftermarket accessories and modification, just like how people personalized their Tesla Model 3 and Model Y.

On July 22, Tesla announced that the Cybertruck production will be done in its gigafactory in Austin, Texas with its construction already began last week. According to The Verge, the 2,100 acre-factory is located east of the Austin-Bergstrom International Airport. The company would hire up to 5,000 workers with a starting salary of $35,000. It plans to invest at least $1 billion for this factory, which will make Texas' economy one of the strongest across the United States.

Texas Gov. Greg Abbott said in a statement that he looks forward to "the tremendous benefits that Tesla's investment will bring to Central Texas and the entire state."