If you have ever wondered how Nintendo's classic games evolved before they hit the store shelves, you might have a perfect chance to find out. According to VGC, a "gigaleak" of Nintendo art materials and source code from the mid-1990s has appeared online, showing demos of games that looked and acted very differently from the finished products. 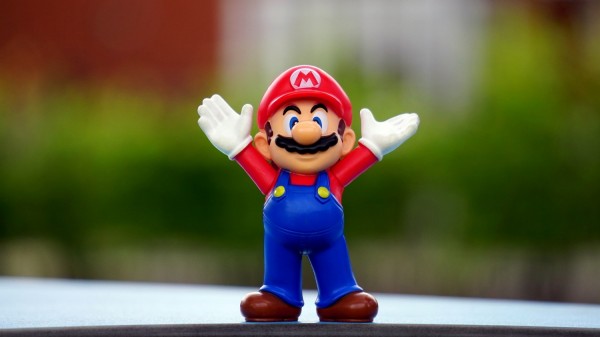 What's in the leak?

Anonymous users on internet bulletin board 4chan began uploading files intended to view source code and software archives of more than a dozen classic Nintendo titles, including Super Mario Universe and a canceled Zelda 2 remake to Super Mario 64 and Zelda Legend: Ocarina of Time. Since then, fans have been pounding over the files and filling social media with all sorts of previously unreleased content. These include some games that we know and love, and some hailing from early games builds.

Tons of it were distributed in two big chunks. One for Super NES games and another for Nintendo 64 games. But in terms of what might interest an average person, the leak appears to contain source code for Super Mario Kart, The Legend of Zelda: A Link to the Past, and Yoshi's Island. What this means is that people can look at the original code that makes up these games. Usually, these are the sorts of files that the public can't access and never get to see. What's playable is very different from what developers use to build games.

The volume of data released points to the legitimate code, according to two well-known Nintendo data miners.

"Folks presume it's real because the sheer magnitude of files, things like secret IDs that are impossible to crack," says Orcastraw, a speedrunner who has been sharing notable finds from the leak.

"Faking it would be as hard," says MrCheeze, a well-known Nintendo hacker. Making it up would require someone to create "all these games from scratch," he adds. This would mean thousands of files coming up, something which would be almost unlikely.

Maybe the most convincing argument for thinking that is accurate is that at least one former Nintendo staff has corroborated portions of the report.

Dylan Cuthbert, the lead developer on four Star Fox games, reposted a leaked screenshot of a device he 'd created for Star Fox 2 nearly 30 years earlier. He wondered how the hackers got all these "obscure data" from.

Wtf - I haven’t seen this tool I made for StarFox 2 for almost 30 years, I wrote it in early c++ to teach myself the language more than anything else. Where the hell have hackers got all this obscure data from????!! https://t.co/9kN9UoQPMS — Dylan️️️Scrappers is OUT! (@dylancuthbert) July 24, 2020

How were these files obtained?

Because they have been posted secretly, it's impossible to know what's happened definitively. By 2020, however, a variety of source code releases linked to Nintendo have emerged, mainly regarding older Pokémon titles. MrCheeze claims the running theory is that everything comes through the same particular violation of knowledge, but we don't know for sure.

What have they found?

It is hard to track the sheer amount of knowledge flowing out of the appropriately called "Gigaleak." However, some of the most critical observations apply to unused types, sprites, stages, and more. For example, Super Mario World obviously includes assets where Luigi tends to give the player the middle finger.

Wtf - I haven’t seen this tool I made for StarFox 2 for almost 30 years, I wrote it in early c++ to teach myself the language more than anything else. Where the hell have hackers got all this obscure data from????!! https://t.co/9kN9UoQPMS — DylanScrappers is OUT! (@dylancuthbert) July 24, 2020

There are also a variety of characters that have never been seen before, including this mustachioed Yoshi. We also have more evidence that Mario is still kicking Yoshi ultimately to elongate his tongue.

Folks show off early levels for Super Mario 64, including a castle stage, where Nintendo was testing Mario 's skills.

Recent 3D versions of famous characters still exist, such as Link, which is dated from July 1994.

We might now also know the earliest rooms Nintendo has currently designed for Ocarina of Time.

Apparently, a discarded Zelda game included blood at one level.

Folks are unearthing high-quality screenshots and artifacts that display the best games we've ever played in more depth.

ALSO READ: [VIDEO] A.I. Can Now Play All 57 Atari Games. It's Still Not Versatile Enough, Though

Why is it controversial?

Although gamers are excited to know more about their favorite titles, people should be mindful of a few sticking points. It seems likely that someone broke the law at some point-after all, this is all sensitive knowledge.

Yet none of that stuff was ever supposed to be used on a more compassionate basis. Imagine you 're a producer of some kind, if you can. Let's just say a scribe. Then one day you sign in, and all your janky sketches and suggestions are put on the internet. That'd suck, yeah-losing control of your own job?

To drive this deeper into a morally questionable area, Gigaleak reportedly includes personal records, including a diary and schedule, and private developer-to-developer conversations. For example, one file tells of a painful childhood trauma involving Mr. Potato Head.

Considering the sort of information found in the breach, others are suspicious of what's going around, particularly though it's gone virally. A few game makers and critics are worried the computer game industry will become more secretive than it is now to prevent potential leaks like this.