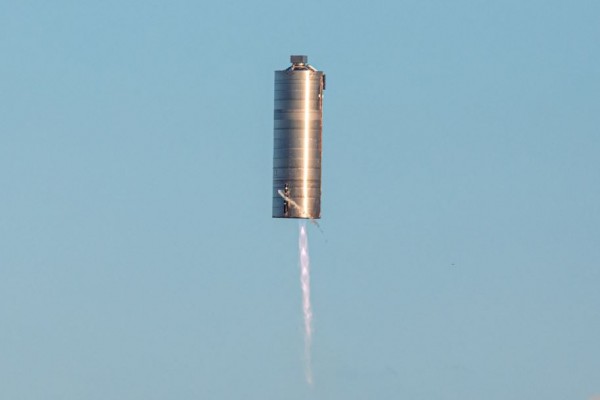 The first test flight of Starship SN5 prototype flew the skies in the afternoon of Aug. 4 at SpaceX's facilities near the South Texas village of Boca China. The small hop of the space company, which only took about 40 seconds, could be a big leap toward Mars's human exploration.
Elon Musk replied to a Twitter post of @austinbarnard45, saying that "Mars is looking real" after the test flight.

Today marks the beginning of a new era, even though this is a small step. We are a giant leap closer to mars than we were yesterday, the future of interplanetary travel is upon us. MARS HERE WE COME! pic.twitter.com/PM73bTBS5k — Austin Barnard (@austinbarnard45) August 5, 2020

You can check the latest news update of Elon Musk's Starship SN5 here at TechTimes. You might also want to check out how SpaceX's first manned mission to space became a success.

During the brief, uncrewed flight, the stainless-steel SN% flew sideways for a while, which the space CEO had recently said would target a maximum altitude of about 150 meters (500 feet). The Starship SN5 made a successful landing since its landing legs were deployed just as planned.

SpaceX's powerful next-generation engine called Raptor will be a feature in both SN5 and Starhopper. Elon Musk confirmed that six Raptor engines would be featured in the final Starship, which will stand about 165 feet or 05 meters, capable of accomodating up to 100 people. 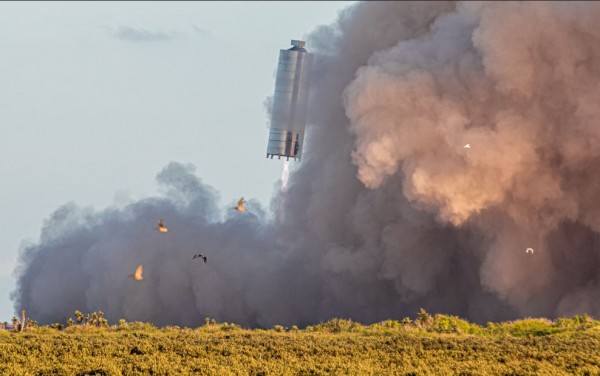 The operational Starhips will be deployed from Earth together with a gigantic rocket called Super Heavy. This massive rocket will have 31 Raptor engines of its own.

Both of the space vehicles will help the space company to lessen the cost of space flight since they will be rapidly and thoroughly reusable. The amount that can be saved will make crewed trips to and from the Mars, moon, and other space destinations.

The giant tech CEO also said that if Super Heavy and Starship's development goes well, SpaceX's future spaceflights could help human beings get a million-person city running on Mars in the next 50 to 100 years. Want to know more about the latest updates of Elon Musk's space adventure? Always keep your tabs open here at TechTimes.

Also Read: Mysterious Spiral Structures Found Extending out of a Young Star: Is a New Planet About to be Born?