Mysterious Spiral Structures Found Extending out of a Young Star: Is a New Planet About to be Born?

Astronomers recently discovered a strange young star that has spiral structures extending out 1,000X the distance of Sun and Earth. According to the latest Independent UK's report, the researchers claimed that the new discovery could help provide further information explaining how planets were formed in the outer space. 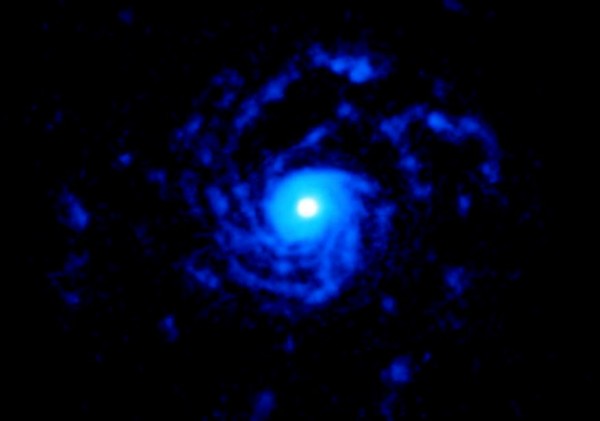 (Photo : Screenshot from Twitter post of @jamiegray)
Strange Spiral Structures Extending Out of Young Star Reaches Out 1,000X the Distance of Sun and Earth

The identified complex set of spiral arms extending out of the star was described to reach 1,000 times the distance between the Sun and the Earth. The young variable star which the unexplained spirals came from is known as "RU Lupi." This young star is also called "planet factory" since many researchers believed it could produce new planets or worlds.

Most of the captured images of the planet-forming space structures show that they are an elegant collection of dust and gas. The gaps and rings that can be seen in the photos suggest that new planets are formed there.

Are you also curious about how the space formed? Check the space news here at TechTimes. Also, you might want to check how researchers used a learning machine to discover a new galaxy with the record-breaking low oxygen abundance.

However, unlike other planet-forming discs, the new studies of the gas surrounding the young star revealed that its process of forming new planets is much more complicated than previously thought. It also showed that the complex web of gas looks something like a miniature galaxy, astronomers claimed.

Because of the hints of CO or carbon monoxide extending beyond the space discs, the scientists were thrilled to look at the gas collection rather than the dust. After they observed the captured images of RU Lupi, they saw that the spiraling structures of gas-forming, which makes up much more of the protoplanetary compare to the dust collection. 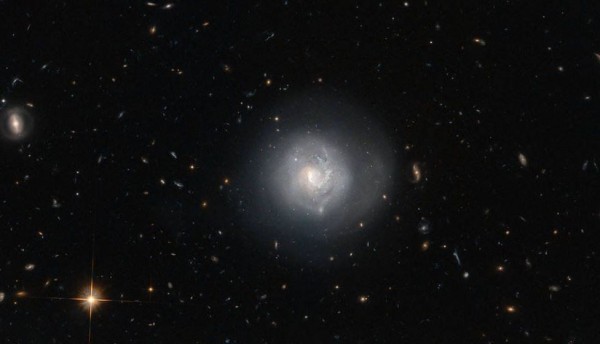 (Photo : Screenshot from Twitter post of @maximaxoo)
Strange Spiral Structures Extending Out of Young Star Reaches Out 1,000X the Distance of Sun and Earth

"We discovered a complex set of spiral arms in carbon monoxide (CO) emission extending to nearly 1,000 astronomical units from the young star RU Lup," said the lead researcher of the study, Jane Huang.

"Which has previously been found to exhibit signs of ongoing planet formation via concentric dust gaps in its protoplanetary disk," added Jane.

"The planet-forming environment can be much more complex and chaotic than implied by the numerous," said Huang.