After Shooting Laser Beams, Scientists Find Something Weird Happening Between Earth and the Moon

Scienstists began shooting laser beams between the Earth and Moon and the results were fascinating.

According to CNN's latest report, the space experts received a signal for the first time, after sending laser beams from the planet to the moon, targeting a reflector on National Aeronautics and Space Administration's (NASA) Lunar Reconnaissance Orbiter, circling around Earth's natural satellite. The space agency's orbiter has been observing the Moon way back in 2009. 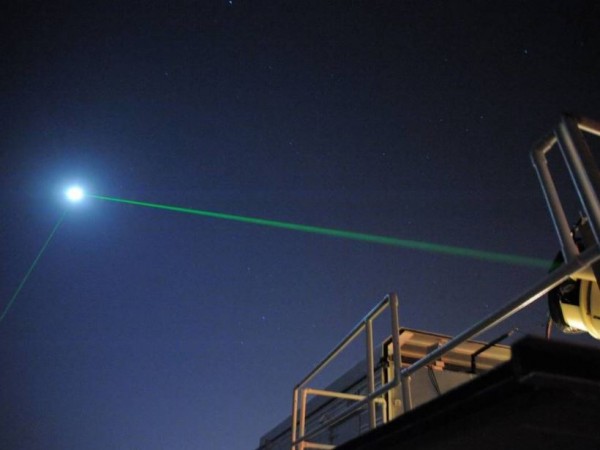 (Photo : Screenshot from Twitter post of @DubnHG1)
After Shooting Laser Beams, Scientists Discovered Something Happening Between Earth and Moon

1/2
Laser Beams Reflected Between Earth and Moon Boost Science Dozens of times over the last decade NASA scientists have launched laser beams at a reflector the size of a paperback novel about 240,000 miles away from Earth. pic.twitter.com/2CgJm4tdN4 — Lunar Astronomy; Moon' Exploration & Coloniz/ News (@DubnHG1) August 10, 2020

After multiple attempts over the last decade, the scientists finally received a successful signal. The journal "Earth, Planets, and Space" published the results last week that are regarded helpfull for future laser experiments in astronomical studies.

The lasers beams were sent from a laser station in Grasse, France. It was explained that the beam traveled 240,000 miles to hit the orbiter's reflector, that was only about the size of a paperback novel. The journal "Earth, Planets, and Space" published the results last week.

NASA's orbiter's reflector is a tinier versioon of the reflector panels placed on the lunar surface during the Apollo 11, 14, and 15 landings on the Moon. Smaller reflectors were already carried by Soviet lunar robotics landers sent in 1970 and 1973.

According to NASA, the reflectors are the only remaining working science experiment from the Apollo era. The cubes contained by each reflector is created from the corners of the glass cubes, which could reflect back light in a multidirectional way by acting like mirrors.

What the signal revealed

The signal that the scientists received showed that the Moon and Earth are drifting apart over time, around 1.5 inches per year. It was explained that the gradual change is caused by how the two celestial bodies interact gravitationally with each other. 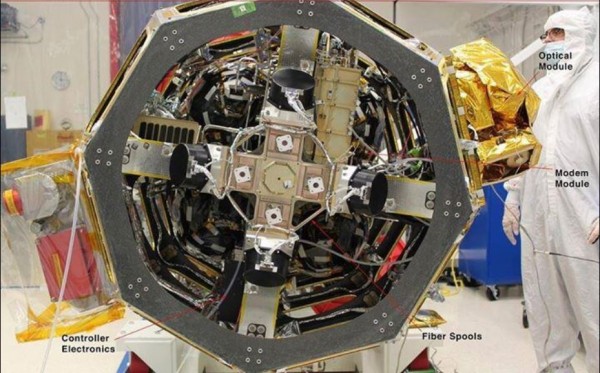 (Photo : Screenshot from Twitter post of @AIChEAlexSC)
After Shooting Laser Beams, Scientists Discovered Something Happening Between Earth and Moon

"Now that we've been collecting data for 50 years, we can see trends that we wouldn't have been able to see otherwise," said the author of the study and planetary scientist from NASA's Goddard Space Flight Center in Greenbelt, Maryland, Erwan Mazarico.

"Laser-ranging science is a long game," added the scientist.
The research also revealed that the Moon has a slight, telltale wobble as it rotates, suggesting that the natural satellite has a fluid core.

Vishnu Viswanathan, a NASA Goddard scientist who studies the Moon's internal structure, explained that understanding the Moon's interior has more significant implications involving the timing of its magnetic field and its evolution, describing how it died out. The samples delivered by the Apollo astronauts after returning from the Moon, showed that it previously has a magnetic field billions of years ago.

Also Read: Elon Musk's SpaceX Gets $316 Million After Being Hired By The Pentagon To Launch Spy Missions