Elon Musk's Neuralink will have an event on August 28 to update the public on the company's progress since last year's launch.

According to a Teslarati, Musk posted some updates in July regarding the advising about the event of the brain-machine interface company. On July 9, he tweeted that a progress update will happen on August 28. The following day, he posted: "AI symbiosis while u wait." The event is expected to have a live stream on social media platforms. 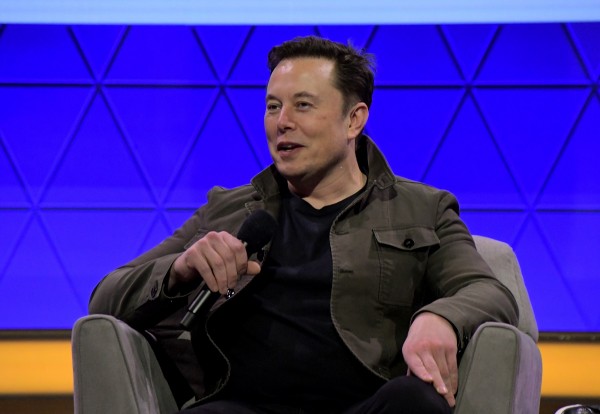 Musk announced Neuralink will host a presentation on later this week to discuss its brain-chip development progress. Then on July 31, he tweeted: "Will show neurons firing in real time on August 28th. The matrix in the matrix." Thus, netizens are expecting to see a live demonstration of how a neuron works.

Neuron activities are vital to Neuralink's technology, which aims to achieve human symbiosis with artificial intelligence (AI) by linking electrodes in the brain and collectively analyzing neuron signals. Neurons are cells in the nervous system that are used to communicate with other cells.

The company was initially introduced in 2019 and already has four published patent applications, which will develop on existing technologies. Collecting large amounts of data from the signals trains Neuralink's software how they are used by the brain to connect with the body, which leads to direction and replication.

Meanwhile, Musk believes that AI will outsmart humans, so the latter must have a brain-computer connection to achieve the same level of intelligence. "If you can't beat em, join em. Neuralink mission statement," he shared on Twitter. 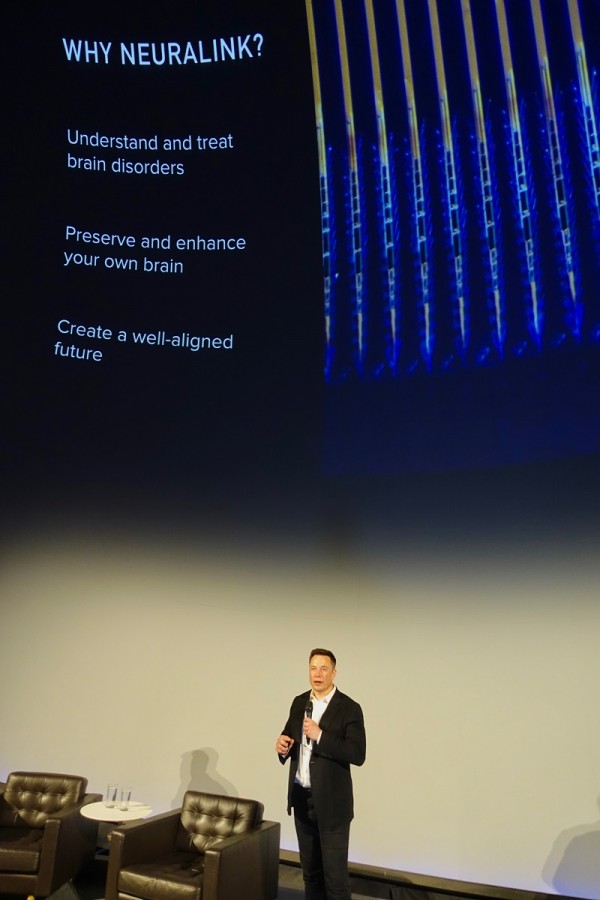 (Photo : Steve Jurvetson/Wiki Commons)
Elon Musk’s Neuralink will have an event on August 28 to update the public on the company’s progress since last year’s launch.

Read also: This Billionaire That Thinks Like Neuralink's Elon Musk Says AI Will Soon Choose the Music That Matches Our Moods

Based on last years' presentation, the device has already been tested on at least 19 animals with robots with an 87% success rate while announcement regarding human trials may be included in the upcoming event. It is previously speculated that human trials may begin towards the end of 2020.

Neuralink seems to focus on the health benefits of its technologies, particularly on people who have neurological issues. A chip will be installed on the human skull to improve human development, restore limb function, relieve Parkinson's and other diseases as well as resolve eyesight and hearing problems. Scientists are also looking at using the Neuralink device to prevent strokes, epileptic attacks, and Alzheimer's disease.

To restore human functionalities, neurons in a damaged brain will be retrieved and restored to have the normal function again.

Meanwhile, Musk also hinted about Neuralink's future expansion to include spinal cord injuries by creating technology that would fix some of the harshest injuries that a human may experience. On July 31, replied to a spinal cord inquiry that it "should be possible to create a neural shunt from the motor cortex to microcontrollers in muscle groups & restore movement even if someone has a fully severed spinal cord."

Earlier, Neuralink has showcased a surgical robot it invented for inserting electrodes into the brain. Flexible "threads" that measure about 1/3 the diameter of human hair connect the devices and are capable of transporting high volumes of brain data.

While Neuralink's medical potentials are already remarkable, the next presentation will hopefully provide some insight about Neuralink's progress in that direction, despite still being purely hypothetical.

Read also: Elon Musk's Neuralink Wasn't His Original; Here Are the Men Behind the Controversial Technology