The Riddler's Code in The Batman 2021 DC FanDome Teaser is Solved by Fans!

DC FanDome's release of the most awaited incarnation of Robert Pattinson as the Caped Crusader in 2021's The Batman, showed a part of a riddle that fans already solved and decoded.

DC's Cinematic Universe is expanding but revamps an all-new cast and crew to portray the hero, Batman, and his whole storyline in the city of Gotham. Robert Pattinson, a.k.a. 'The Battinson,' leads 2021's The Batman, initially leaked in the past years. This stirred a lot of speculations and left people at awe for Ben Affleck's portrayal of the Dark Knight in two DC movies including a cameo in 2016's Suicide Squad.

The Batman 2021's new ensemble is first seen in DC FanDome's teaser trailer of the movie and revealed a lot of first-looks on the actors and actress who will play the characters in the Bat's world. The likes of Catwoman, Selina Kyle, Commissioner Jim Gordon, and even the voice of Alfred Pennyworth, Batman's loyal butler and head of the whole vigilante operations.

Another revelation on the trailer is a mysterious villain whom DC did not reveal yet. The villain's costume is only a generic makeshift mask and jacket. However, the following scenes in the trailer give a massive hint that it is Edward Nigma, popularly known as a Batman-villain 'The Riddler.'

Paul Dano is set to give the character lives in the on-screen adaptation of The Batman.

The teaser showed a man wrapping a dead man with duct tape and afterwards, cuts to the scene where Jim Gordon, played by Jeffrey Wright, is walking around the crime scene and retrieving the gift card encasing a note for Batman.

CNet dives into the riddle and reports it supposed answer. The trailer's cryptic message is addressed to the Caped Crusader and reads "For The Batman". 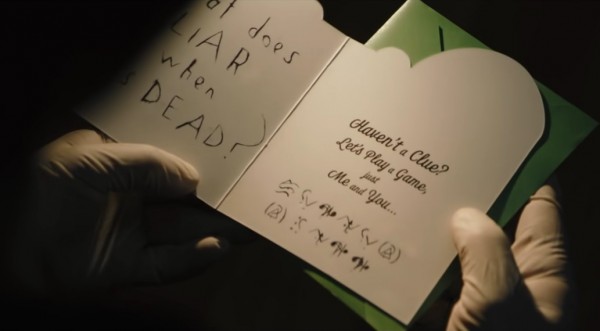 The card reads "Haven't a Clue? Let's Play a Game, just Me and You" followed by a set of cryptographic symbols. The handwritten text that contains the riddle reads "What does a liar do when he's dead?"

The Riddler gives Batman a crypto-clue and lets the Caped Crusader and audience decode the mysterious message the villain wrote. The crypto-clue is presumed to be a guide for Batman in his future encounters with The Riddler.

Twitter's take on the riddle

Before diving into the actual answer of the riddle, here is Mike Selinker's Twitter post (@mikeselinger) guiding the audience an idea on how he solved the puzzle using the crypto-clues, numbers, and the alphabet.

In the new #TheBatmanTrailer, the Riddler leaves a card with the question “What does a liar do when he’s dead?” I could just solve it like a riddle (and did), but it’s a good opportunity to show how to solve a puzzle by brute force, so you’re sure of the answer. Here goes. (1/12) pic.twitter.com/sHveBmU2Pt — Mike Selinker (@mikeselinker) August 23, 2020

And finally, the answer to the riddle that most fans and audiences alike are bugging to know.

The answer to the riddle "What does a liar do when he's dead?" is "He lies still."

The Riddler incorporated a pun that suggests his comedic side apart from his genius-level intellect which he uses in his encounters with the Dark Knight. 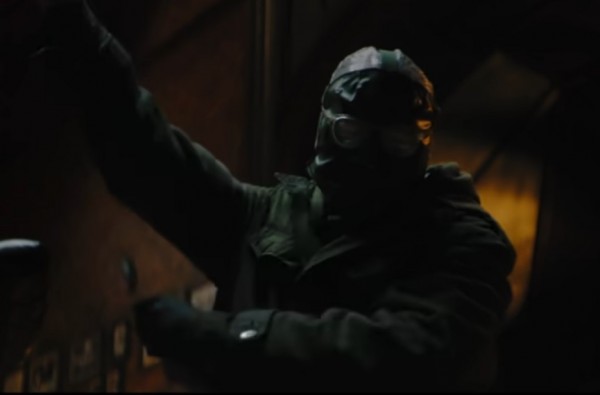 Little is known of Dano's take and portrayal of the character, even another villain who is the original character rumored to give the Battinson a hard time in protecting Gotham City. This is none other than Colin Farrel's Oswald Cobblepot or 'Penguin.'