Neuralink: Elon Musk Shows Off Brain Chip He Calls 'Fitbit in Your Skull with Tiny Wires' Albeit at a Smaller Size

Although the Neuralink livestream event started a bit late, Elon Musk showed more information about Neuralink and having a brain stimulation implant on human brains on August 28.

The event is scheduled at 6 p.m., but it started at about 6:40 p.m. In just an hour and 13 minutes, Musk was able to show much of what he promised about his company's technology. In July, he tweeted: "Will show neurons firing in real time on August 28th. The matrix in the matrix." 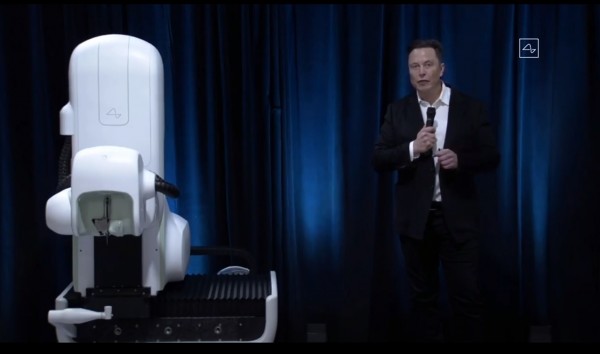 And he actually did that with some pigs that guested on the progress update event. After doing the introduction, Musk showed the animals on the nearby pens to show how the technology works.

One of them, Joyce, never had a Neuralink device called Link installed on it while Gertrude has an implant on. Unlike Joyce who was happy feeding on with his carer, Gertrude did not want to go inside the pen as it was busy feeding behind the pen.

He eventually moved on the third pig, Dorothy which had an implant before, but it was removed. Musk said that it shows the reversibility of the device in case the subject (in this case, the pig) decided to have it removed or get an upgrade. The pig seemed normal, healthy, and active like she never had the implant before.

Musk went back to Gertrude who going back and forth of her pen. "Oh, this is real of live demo," Musk exclaimed. After some persuasions from her carer, Gertrude finally showed up to the delight of the crowd. 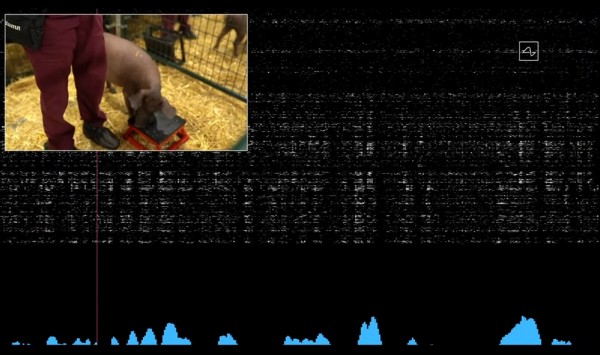 Musk then showed a display that played a sound and showed a visual spike when Gertrude, which had the implant for two months, made contact with her snout while getting her food.

Musk added that they have three pigs with multiple Links on, which continue to live healthily and actively.

Aside from the three pigs on the pen, Musk also showed another pig on a treadmill and measured the activities of its joints, showing that the Link can actually predict the movement of the pig at high accuracy.

Meanwhile, the animal welfare staff said during the Q&A that they welcome Gertrude's attitude earlier as they actually positively encourage the animal's freewill.

Aside from the live demo, Musk also pointed out some important updates on the device and the program as a whole.

Primarily, the design of the Link has now evolved from the prototypes. Instead of having a long thread, it is now like a "Fitbit in your skull with tiny wires." 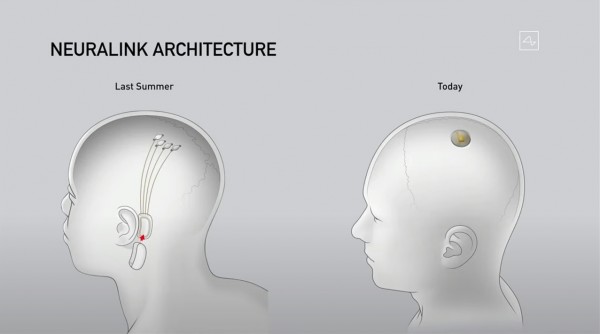 The 23 mm by 8 mm Link V0.9 has 1,024 channels and it goes invisible, leaving just a small scar in the skull. Its battery can also last throughout the day. Also, a smaller version of the surgical robot that inserts tiny electrode threads into the brain 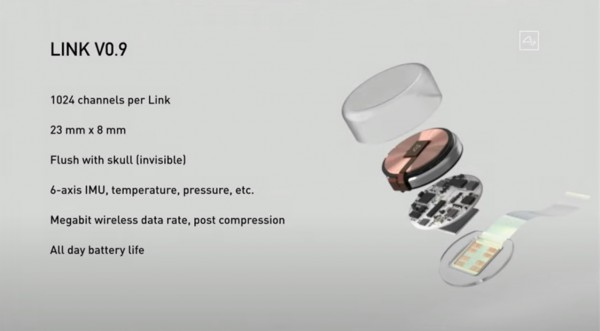 Meanwhile, Musk also happily announced that Neuralink already got a breakthrough device authorization from the Food and Drug Administration, which can further help the research on a medical device.

Although the technology is still on its early stage of development, Neuralink hopes to restore human functions and trigger neurons activities in a damaged brain. It also vows to help treat various spinal and brain conditions  like  seizures, paralysis, and depression. 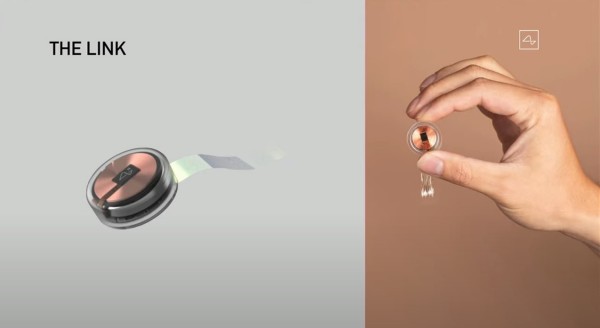 Musk opened the event saying that they will not raise money, but to introduce the technology and convince more people to work with Neuralink and "make it more affordable and reliable."

As the company's goal is to solve brain and spine problems with a seamlessly implanted device, Musk aims to develop a smaller version of the device as well as a simpler way to install it on to the human brain in the future.