Neuralink V2 Chip Will “Sew” as Many as 1,024 Impossibly Thin 5 Micron-Wide Electrodes into the Brain, Says Musk

Neuralink is now gearing up to provide the world's first brain-machine interface that will empower humans to perform way-off the charts and go toe-to-toe with artificial intelligence or AI. Elon Musk unveiled a new device that will sew your brains from the inside to provide humans with the best technology for neuro-enhancement.

Elon Musk recently hosted Neuralink's Progress Update for the Summer of 2020 that tackled the innovations and track of the company's promised brain-device that will enhance human being's brain capacity. Musk recently unveiled a massive key towards the device's future with the Version 2 or "V2" of the machine that will incorporate Neuralink's innovation. 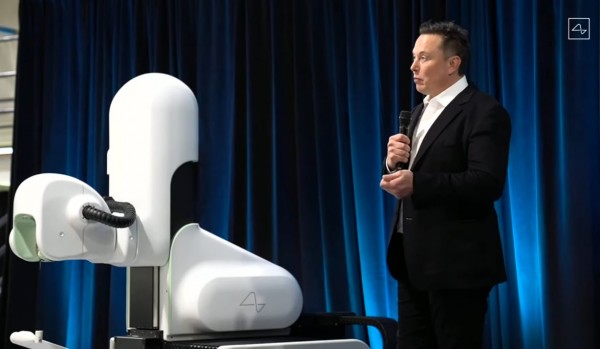 Neuralink and Musk did not shy away from providing everything that their device needs. From the device itself to its software, and even the machine that will "sew" human brains together with the micro threads that is a 5-micron wide electrode. Neuralink took it to their hands to be the forefront in neurosurgery with the "sewing" machine that will soon install the upgrades on the human brain.

Elon Musk's V2 'sewing machine' is capable of incorporating as much as 1,024 insanely thin electrodes that will enhance the brain and give it the power boost it needs to compete with robots and artificial intelligence without its hosts. End Gadget reports that the company is currently able to "sew" with the device and electrodes as far as the brain's cortical surface.

Neuralink is still working on upgrading the device to dive deeper into the cerebrum and sew itself to other regions that are responsible and integral in more complex functions of the human body.

ALSO READ: Neuralink: Elon Musk Shows Off Brain Chip He Calls 'Fitbit in Your Skull with Tiny Wires' Albeit at a Smaller Size

Neuralink's Progress Update for 2020 replaced the old version for the brain interface that was announced last summer with its new and compact chip called the "Link 0.9." Before, the brain chip link consists of a device that sends out a couple of threads that branches out and latches itself in the brain. The previous device will also enter behind the ears of a person.

The current iteration of the brain chip, Link 0.9, will now be a compact 23mm x 8mm circle object that resembles a coin, although thicker in size. According to Musk, this chip will be responsible in monitoring the overall health of the person including changes in temperature, movement, and even be an early-warning-device that will alert a person of an imminent heart attack or stroke. 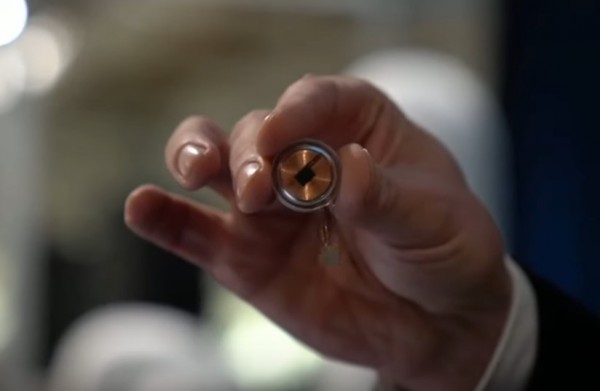 This compact version will "flush with skull" according to Musk and will be unnoticeable or invisible. The device will be capable of functioning for a whole day in its full battery capacity. Link 0.9 will also charge inductively, "like a smartwatch," as what Elon Musk described and further added that charging overnight will be enough. 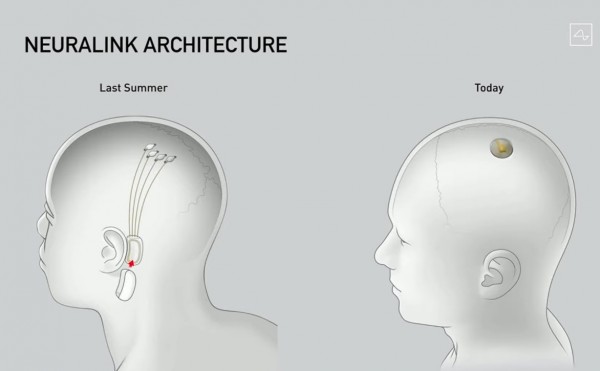 Link 0.9 will connect to the electrodes that will be sewn into a patient's brain that will then connect the more complex functions. This new device is also capable of transmitting a high-speed megabit rate of up to ten meters.

Link 0.9's new design will also be removable and easy to detach from the human brain upon request.

The team has not yet done any human trials for the chip and 'sewing machine' but instead, to animals such as mice, monkeys, and even pigs. The recent live stream showed different pigs with and without the chips, portraying how the device performs.

Monkeys were the closest to humans in Neuralink's trials as it is the predecessor in Charles Darwin's Theory of Evolution. The company's attempt to primates took place in July and said to have satisfactory results.