Oculus Quest 2 Gets Better Since It'll Have Logitech Keyboard, Infinite Office, and Passthrough+

Oculus Quest 2 gets even more, better since it will be getting Infinite Office, Passthrough+, and Logitech keyboard. Facebook's Oculus VR developed Oculus Quest 2, which was launched way back on October 13, 2019. 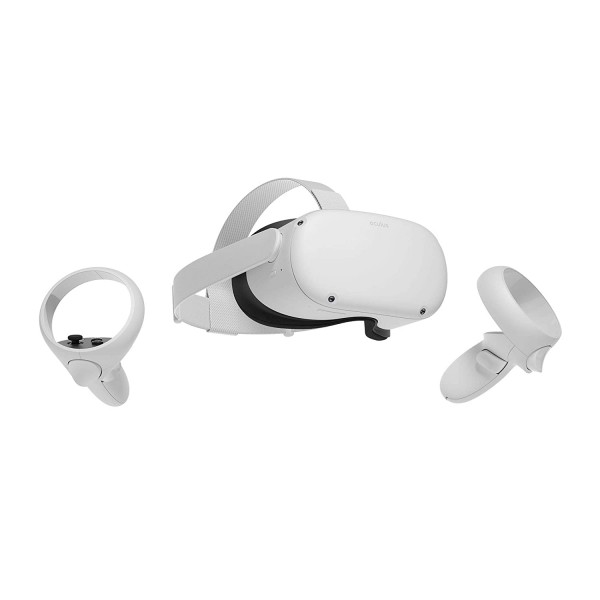 Also Read: FDA Approves Fitbit Sense ECG Sensor, But Devices Coming This Month Will Have the Feature Inactive Until October

It was introduced as an experimental feature in March and soon received its default mode. And now, it has evolved after receiving Infinite Office, the Oculus Browser built-into Quests, which is Chromium-based.

Also Read: U2 Record Reportedly Will Only be Available Preloaded on Elon Musk's Neuralink is a Memory and Not Spotify: Here's the Real Deal

This means that the browser is widely compatible with web-based apps and other websites. It also has multi-window support, which could be released by Facebook as an alternative for Chromebook.

According to Infinite Office's previous reviews, it would display programs streamed from the users' Windows PCs. However, Facebook has not released any confirmation yet about the feature.

Oculus Quest 2 can also be set to show Passthrough+, the feature that shows the real world through black and white cameras, instead of a virtual home environment. A new slider was also revealed in its teaser, showing that users could adjust how much of the real world is showcased.

According to VentureBeat's latest report, some people don't like typing in virtual reality. However, Facebook could change this after partnering with Logitech to launch the new K830 keyboard in VR.

Users can now pair Oculus Quest 2 with Logitech's new keyboard and used it to type virtually. Its latest product provides an easy typing experience for the users, even in the dark.

K830 works effortlessly in all lighting conditions because of its sensor, which could detect the room's amount of light and automatically adjust it according to the user's needs.

It also has easy-access controls since its layout is optimized for lean-back, seamless navigation. The keyboard provides a quick entertainment control using its media hotkeys such as volume-up, volume-down, and mute.

The enhanced Oculus Browser will also have additional support for its trackpad to enable users to manipulate content precisely.

However, Logitech's keyboard hasn't been tested yet, so it is not advisable for people to suddenly buy the product and use it as Oculus Quest 2's accessory.