Dial '988' if Needed; The US Finally Passes Suicide Emergency Hotline

If you need someone to talk to or someone to share your suicidal thoughts; here's a hotline that you can dial. 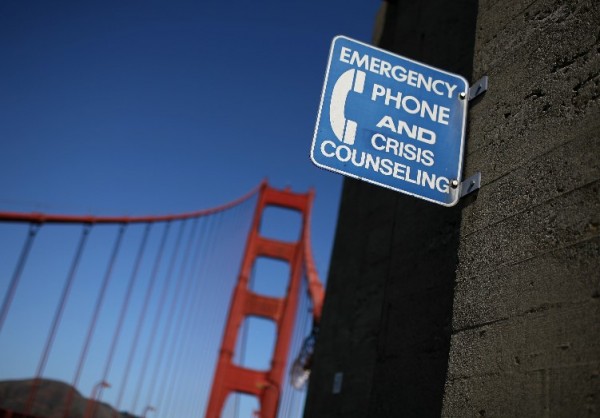 (Photo : Photo by Justin Sullivan/Getty Images)
A sign for an emergency phone is seen on the span of the Golden Gate Bridge October 10, 2008 in San Francisco, California. The Golden Gate Bridge District board of directors voted today to continue with a plan to build a suicide prevention net on the world famous bridge with a price tag of $40 to $50 million dollars. An estimated 1,300 people are believed to have jumped to their death from the bridge since it was opened in 1937.

September is the National Suicide Prevention month. In line with the theme, the United States Congress recently passed a house bill that tackling this issue.

Mashable reported on Monday, Sept. 21, the House of Representatives unanimously voted to pass the bill establishing the national three-digit hotline for suicide emergencies.

The hotline '988' is the number that anyone can dial, just in case someone's under mental health crisis. Unfortunately, it will still take until 2022 before it's officially activated at a national level.

But on the brighter side, the National Suicide Hotline Designation Act will also require states to collect fees for the ongoing call capacity and allow health agencies to talk to Congress for suggestions to maintain better mental health for everyone.

Interestingly, the Act also requires the councilors on the hotline to take LGBTQ cultural competency training to make better pieces of advice on their mental health.

"This passage is a historic victory, as this is the first explicitly LGBTQ-inclusive bill to pass unanimously in history - and 988 will undoubtedly save countless lives," said Sam Brinton, Vice President of Advocacy and Government Affairs for The Trevor Project, in a statement. 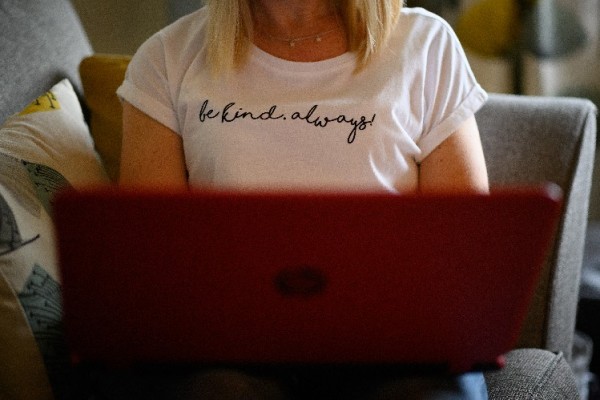 (Photo : Photo by Leon Neal/Getty Images)
Crisis Volunteer Nichola Seaward speaks with a suicidal texter on the crisis text service Shout 85258 from the living room of her home, on June 04, 2020 in Newbury, United Kingdom. Nichola first read about the Shout charity in Hello! magazine, and found that being able to help someone get from a “hot moment to a calm moment” whilst still at home with her family has allowed her to become more involved in offering support through the pandemic. Nichola has found that the demand for help has increased again, especially for younger people, as lockdown measure are lifted and the pressures of school and work re-appear. Shout is the UK's first 24/7 crisis text line for everyone, and is free, confidential and anonymous to text. Powered by a team of Crisis Volunteers, Shout uses the anonymised data collated to give the service unique insights into mental health trends to help improve people’s lives. In the weeks before lockdown was announced on March 23rd, Shout was typically handling around 750 conversations a day. This has been steadily growing, often seeing more than 1,000 conversations a day. Prince William, the Duke of Cambridge, recently revealed that he has been one such volunteer anonymously counseling people during the Covid-19 lockdown, after having been trained by the charity. The Cambridges and the Duke and Duchess of Sussex helped launch the Shout 85258 service last year, investing £3 million via their Royal Foundation

Forbes reported that suicide is the 10th leading cause of death in America. Every 40 seconds, someone dies due to a mental health issue.

And under the pandemic and quarantine season, this rate is not going down. As the Mayo Clinic website advised, suicidal victims should "take a step back and separate your emotions from your actions for the moment."

If it's not helping, seek immediate help is much better to advise.