Tesla Model S 'Plaid' With Spaceball-Inspired 'Ludicrous Speed' of 0-60 MPH in Less Than Two Seconds Goes on Sale for $134,000!

The world's forefront in electric vehicle manufacturing, Tesla, recently concluded its famed and anticipated 'Battery Day,' a virtual manufacturer's event of the company which featured and boasted many of the new devices, equipment, and even vehicles. Elon Musk spearheaded the event to be the one to show the world the 'Plaid' for Tesla Model S, a statement from the 80s parody, Spaceballs.

Elon Musk is known to geek out and use his favorites for his work, with Spaceballs being revived by the eccentric CEO as a variant of the sporty sedan, Tesla Model S. The recently concluded Battery Day gave people a peek at the new Model S 'Plaid' which boasts of performance and a sportier-feel of the electric vehicle.

Tesla Model S is a mainstay in the Tesla electric vehicle line-up, since its release and is still going strong. The Palo Alto manufacturer continuously upgrades the Model S and gives it the new upgrade it deserves with the 'Plaid' edition. Elon Musk has teased the world about the 'Plaid's presence in the company but was not clear with what vehicle will get the upgrade.

Elon Musk's tweet about wearing plaid or bringing back the fashion trend made famous by Herb Tarlek from WKRP in Cincinnati, a sitcom in the late 70s. Musk even stated that "One day soon, I will wear this outfit." Fans and enthusiast of the CEO immediately cracked the cryptic code for a new car for Tesla.

Tesla's electric vehicles are known to bring the public what its CEO teased or shared to the public. The company finally reached its 'Battery Day' event to share the world its innovations and latest technology that indeed brought excitement to the world.

Elon Musk's geeking out in the 80s indeed paid its price as the Spaceballs reference truly matches the car's performance. 'Ludicrous Speed' is an option on Dark Helmet's ship, a speed that goes beyond light and is feared by the crew. Once the ship jumped into 'Ludicrous Speed,' it overtook the protagonist's ship who were going in lightspeed. Early Star Wars and Spaceballs animation of light speed shows blue or white light shooting out; However, Dark Helmet's ludicrous speed triggered different colors and pattern, hence 'Plaid.'

The Model S 'Plaid' boasts of being the most powerful variant in Tesla's Model S line. The vehicle can make up to 1,100 Horsepowers with a top speed of 200 miles per hour. If that is not impressive enough, the vehicle's range is at a whopping 520 miles. Apart from that, the car can perform a 0-60 MPH in less than two seconds. 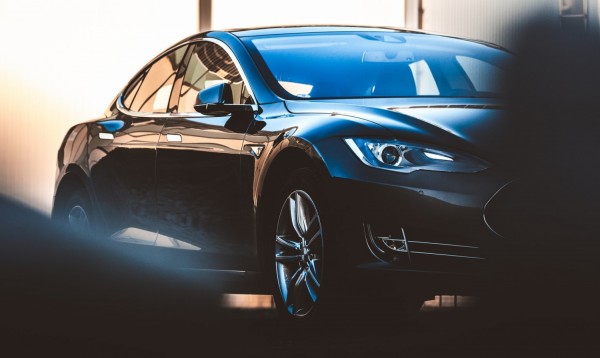 Tesla Model S 'Plaid' shows a significant difference with its brothers and sisters, also under the Model S lineage. The Long Range Plus is known only to have 401 miles in range, 2.3-second 0-60 speed, and a 163 mph top speed.

The difference is significant and can be immediately seen and felt by the driver. Tesla Model S 'Plaid' will arrive by late 2021, according to Tesla's website and has a price of $134,490 after potential savings from the company.