The United States' top services experiences a simultaneous outage over the weekend and this week, now with the 911 emergency hotline facing service interruptions as observed by several cities and states including Minneapolis, Tucson, Redmond, Arizona, and more. Speculations now rise as the emergency hotline's outage is connected to Microsoft and UHS' recent interruptions that cripple several services and functions. 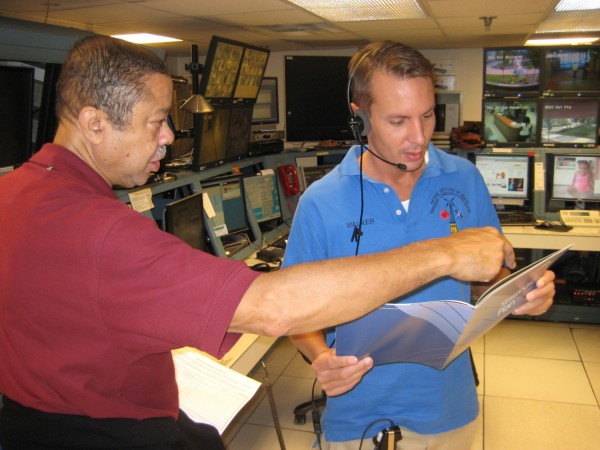 Emergency services, particularly the 911 hotline, faces service outages in several cities and states, around the country, with no technical reason to pinpoint. The bizarre events affected at least 14 states in the country, including Florida, Illinois, Indiana, Minnesota, Nevada, North Carolina, North Dakota, Ohio, Pennsylvania, and Washington.

According to ZD Net, these 14 states' police departments reported the service outages losing 911 phone connections and SMS emergency services. The reports that surfaced did not relay what caused the outages; still, officials see a weird technical phenomenon that shut down the services.

Now, officials look into and speculate the recent 911 service outage to the events that occurred over the weekend and the start of this week, as reported by different companies. The Universal Health Services (UHS) experienced a ransomware attack over the weekend, rendering its services offline for the days ahead.

On the other hand, the multinational technology company, Microsoft, particularly its 365 applications, experienced a similar outage with unexplained reasons. The service interruption saw its downtime around 5 pm ET. The three large-scale service providers are now investigated to know the interconnectedness of the phenomenon.

ATTENTION: The 911 lines are not operational nationwide. This is for phone calls and text messaging. If you need police, fire or emergency medical assistance in Minneapolis, please call 612-348-2345. We will advise when this issue is fixed. — Minneapolis Police (@MinneapolisPD) September 28, 2020

ATTENTION: The 911 lines are not operational nationwide. This is for phone calls and text messaging. If you need police, fire or emergency medical assistance in Minneapolis, please call 612-348-2345. We will advise when this issue is fixed. — Minneapolis Police (@MinneapolisPD) September 28, 2020


Both police departments, miles away between each other, report the outage on simultaneous times. The outages went on for 30 minutes and even reaching two hours for some affected cities. Minneapolis says the return of the emergency services two hours after its initial tweet.

UPDATE: The 911 system is back up and working again. The nationwide outage has been fixed. https://t.co/WXaLXVcUdz — Minneapolis Police (@MinneapolisPD) September 29, 2020

Microsoft 365 Outage and Redmond, Is it Connected to Other States?

The City of Redmond (@CityOfRedmond) reports that city phones and emails malfunction and link it to the Microsoft 365 outage. Microsoft's headquarters is currently on Redmond, Washington, explaining the city's outage to experience the same.

As of 5 p.m., City phones and emails are experiencing intermittent outages related to a larger Microsoft 365 outage. We are hoping the issue is resolved shortly. Sorry for any inconvenience. — City of Redmond #MaskUpRedmond (@CityOfRedmond) September 29, 2020


However, speculations say that Microsoft's services being faulty caused other states to have its 911 emergency service outage. Microsoft's Dynamics 365, Outlook, Office.com, Teams, and Power Platform are the ones affected by the service outage, leading speculations to phone lines being disconnected as well.

Bill Gates the same guy who wants to give us vaccines just crashed all the 911 operators across the Country because his Microsoft software is faulty https://t.co/1yNhs9APEk — Christopher Greene (@amtvmedia) September 29, 2020

The Public Safety Answering Points or PSAP are the ones that are widely believed to be the origin of the outages. PSAP is a telephony system that directs the call to call center operators who take the emergency calls.

Twitter users look into Intrado (@IntradoSafety) to be the concerned party linked to the emergency services, providing the lines and network for the 911 hotline. The 'choke' or traffic points all pass through PSAP first, and the outage interconnects all services, meaning that the provider's system causes a 'domino effect' on all lines.