Current President of the United States, Donald J. Trump, and Democrat, Joe Biden, went neck-and-neck against each other in a privileged stage for the #Debate2020 with both gunning for the Presidential seat for 2021. Despite the national implications of the debate, Twitter users made memes and hilarious reactions on both candidates. 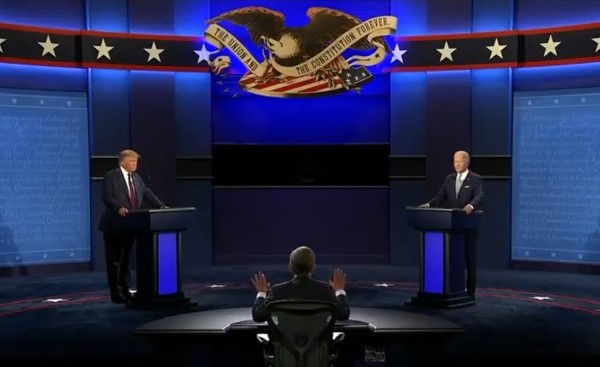 Debates are a necessity before the actual elections to see what the opposition has against each other, and their proposed platforms once elected into the presidency. The event is a matter of national interests as debates often pave the way and somehow give an edge to a candidate running for the position.

The November 3 Presidential elections are nearing, and the debate was recently held yesterday, September 29, 2020. The #Debates2020 put Republican and POTUS Donald J. Trump against Democrat and Former 2017 Vice President, Joe Biden against each other.

While some analyzed the debate with harsh tones and adhering to the political side, some Twitter users picked on both candidates who were going against each other. The discussion was held on Case Western Reserve University in Cleveland and preceded by Moderator Chris Wallace, anchor of Fox News.

Several news agencies have negative remarks against Trump and Biden's recently concluded debate. News commentators even went as far as dubbing the event as a 'shitshow' and 'dumpster fire' due to both candidate's shade and clash against each other. 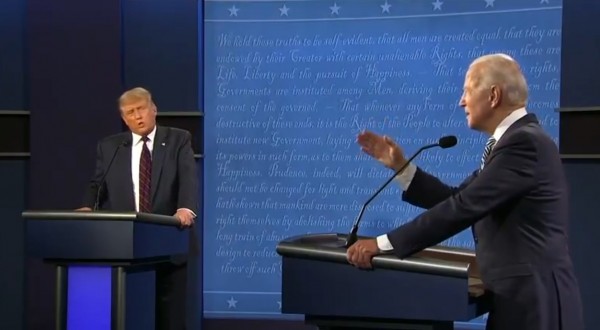 Despite the chaotic happenings, this did not stop Twitter users from picking against both POTUS Trump and candidate Joe Biden. Former issues were unearthed, including the likes of the global pandemic, COVID-19, economy, racism, and violence present in several counties.

Several Twitter users attributed the Presidential Debate to be Bravo's 'Real Housewives' reality TV show due to its nature of throwing shade against each other. The events of Trump vs Biden's debate led to the comparison of a show that was centered on conflicts between women who were fighting against daily high-class problems.

We need @Andy to moderate the next debate - this is worse than a real housewives reunion #Debates2020 pic.twitter.com/skjZkrIJs8 — Whitney Behm (@WhitneyRecruits) September 30, 2020

This is ridiculous. These two are worse than a Real Housewives fight. #Debates2020 — Shannon Carter (@imShannonCarter) September 30, 2020

POTUS Trump retaliates to Joe Biden's comment on national issues at one point by saying "[Biden] shows up with the biggest mask I've ever seen." Which Twitter users immediately picked-up and turned into one of #PresidentialDebate2020 's biggest meme.

Probably one of the funniest and direct assaults by Joe Biden against Trump is when he somewhat 'ordered' the President by saying "Will you shut up, man?". This phrase took memes off the roof with people quoting Biden on memes. A Twitter user even made it a car sticker for Biden's campaign slogan.

I know what I'm voting for. Will You Shut Up Man 2020 #willyoushutupman pic.twitter.com/cRWP0z9nRI — Derek Whitacre (@derekwhitacre) September 30, 2020

Several users speculate on catastrophic events and comparing them to #Debates2020. Twitter users went as far as saying that this event is worse than other happenings in the society, including the Indians game and a car crash.


ALSO READ: Tim Cook, The Man Behind Apple Success--But Who Is He?