Have you ever wondered how the Apple Watch Series 6 measures almost everything about the insides of your body? Blood pressure, sugar content, sleep tracker, etc. If yes, here's an article to explain to you how this technology works.

Is Apple Watch Series 6 worth it? 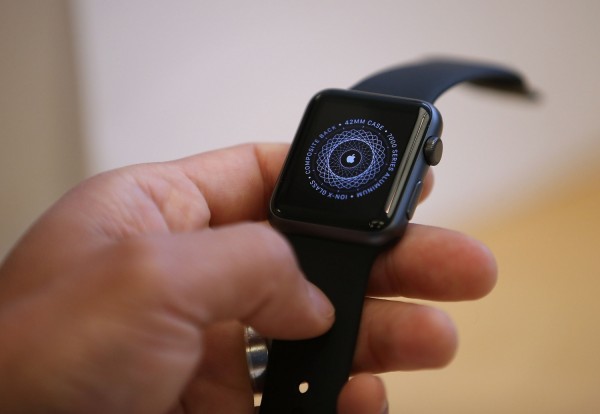 (Photo : Photo by Justin Sullivan/Getty Images)
A customer inspects an Apple Watch at the Apple Store on June 17, 2015 in San Francisco, California. Apple began selling the Apple Watch in its stores Wednesday with their reserve and pick up service. Previously the product could only be ordered online.

Apple Watch Series 6, the latest addition to the brand's fitness watches, has been trending for quite some time now. Hands down to Apple, this model has many impressive features that anyone (from kids to adults) would like to try out.

For one, Apple Watch Series 6 is supported by the latest watchOS 7. This new setup beats everything you see in the latter Apple Watch editions.

It has improved the sleep-tracking feature, has a family-friendly 'Family Setup' tab to integrate with relative's devices, or a new blood oxygen tracker. Even add the handwashing alarm feature that sets a 20-second timer once you started washing your hands.

But how does this small fitness watch monitors all of it?

Here's the reason why

(Photo : Photo by Stephen Lam/Getty Images)
The new Apple Watch is seen on display after an Apple special event at the Yerba Buena Center for the Arts on March 9, 2015 in San Francisco, California. Apple Inc. announced the new MacBook as well as more details on the much anticipated Apple Watch, the tech giant's entry into the rapidly growing wearable technology segment as well

You don't need a science or engineering degree to understand the logic behind the Apple Watch Series 6 function. It's actually easier to know with its newly-added infrared LEDs at the back of the model.

MacRumors explained it by presenting Apple's algorithms. As said, the latest Apple Watch is equipped with green, red, and infrared LEDs. These lights shine onto the blood vessels of the wrist, which the device is being worn.

The model will shine the blood vessels and identify the color of the user's blood. If the calculation measures bright red blood, the body is well-oxygenated. If it has a darker color, the blood oxygen is lower than normal.

Once the device fully finishes tracking your blood oxygen through LEDs, the device will measure the user's oxygen level count from 70 to 100%.

If you received scores below 95, there might be a complication with your oxygen level. Most healthy people ranges score from 95 to 100.

How to measure blood oxygen in Apple Watch Series 6

If you already have the Apple Watch Series 6 and want to try out the blood oxygen level, here are the steps you need to follow: