It's Halloween month! Are the candies for 'trick or treat' ready for the scariest month of the year? Since we're all stuck at home and social gatherings are still prohibited, having a Halloween night-out may not be possible for 2020. To still celebrate Halloween, here are the best PS4 video games that will send shivers to you.

What to play on Halloween day? 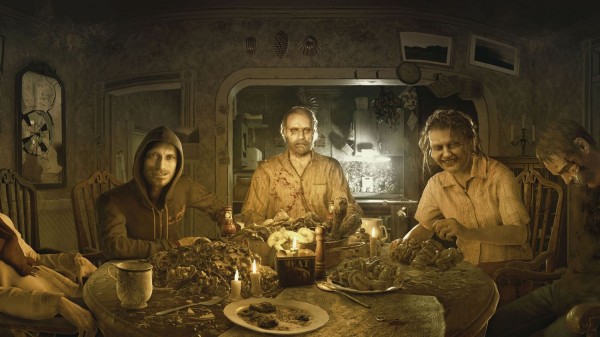 Disclaimer: This list is not in a chronological order.

If you love scary games with awesome graphics, Little Nightmares II is the best shot for you. In 2017, this game followed a story of a child known as Six that wears a yellow raincoat.

This kid is trapped in a horrifying underwater location called Maw. In there, various monsters are lurking in the dark. Little Nightmares II has no dialogue, so make sure to listen to everything.

Outlast is a different style of scary for most PS4 gamer fans. This game was originally released in 2013, and it is a first-person survival game that lets you experience horror in a very disturbing way.

In order to survive on the game, you need to learn how to be surrounded by the dark and explore the Mount Massive Asylum. Are you ready to face your worst fears?

You would not want to face the Slender Man on your own. Slender: The Arrival is one of the scariest video games of all time on PS4.

What makes this game scarier is that the only thing that will make you alive is to choose how to run. You will explore a tiny darkened park, which the Slender Man may spook you anytime.

How to win? Just don't look directly at the Slender Man.

One of the most popular and well-received video games of all time has the fourth spot in our top five list of scariest video games.

Five Nights at Freddy's follows the story of Freddy Fazbear's Pizzeria's location in which players will be security guards. The only thing you should do is to avoid getting killed, no matter what happened. Also, make sure that no one breaks inside the restaurant. You never know what may happen.

The last but not the least in our list of top five best Halloween games is Resident Evil 7: Biohazard.

The place in Resident Evil 7: Biohazard isn't the place you wanted to be if it's real. The story packs an undeniably scary house with very unbelievably scariest family you may ever meet in your life.

A father that follows you around even you kill him, a mother who has no issues on chopping hands-off, and a grandmother that you'll definitely want to kill right away on the game.

Which of these games do you pick for Halloween? Feel free to comment about your favorite horror games below!