After the announcement that U.S. President Donald Trump had been tested positive for COVID-19, many misinformation data circulated online.

To stop fake news from spreading, here are some of the fact-checked information you should know:

After the POTUS COVID-19 announcement, a lot of conspiracy theories say that Trump may have just released a fake COVID-19 result to the public.

Some people suggest that the President only announced this to avoid his next presidential debates with Joe Biden.

BBC reiterated that these claims have no evidence at all.

No 'doomsday planes' were launched

Some suggest that these launches sent a message to other countries to not mess with America while the President is sick.

U.S. Strategic Command spokesman explained to Fox News that this military practice is a standard procedure. It was only 'purely coincidental' that it was seen right after POTUS got sick.

Relating to the first misinformation is the recent trending QAnon conspiracy theory. QAnon is a far-right conspiracy theory group that believes there's a cabal of Satan-worshipping pedophiles in America.

Here's their new theory: Trump faked having COVID-19 to find suspects behind the cult.

Of course, this is not true at all.

Meanwhile, several tweets about 'wishing for his death' spike on Twitter upon POTUS announcement.

To curb social media reaction, the platform decides to remove all tweets referring to this context. Unfortunately, not all users are pleased with Twitter's policy. 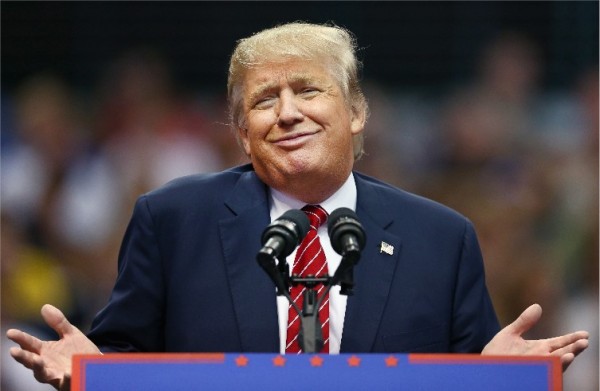 (Photo : Photo by Tom Pennington/Getty Images)
Republican presidential candidate Donald Trump speaks during a campaign rally at the American Airlines Center on September 14, 2015 in Dallas, Texas. More than 20,000 tickets have been distributed for the event.

Motherboard first reported that Twitter's new action to remove all tweets about wishing for the President's death.

On Friday, Oct. 2, the whole world was shocked to find out that the "most powerful man in the world" has been infected with Coronavirus, along with First Lady Melania Trump.

Of course, social media users have not stopped talking about the issue, particularly on Twitter. As expected, several tweets also involved death wishes for the President.

The next day, Twitter reminded via their 'Twitter Comms' page to tell users on stop tweeting these contents on the platform, citing "tweets that wish or hope for death, serious bodily harm or fatal disease against *anyone* are not allowed and will need to be removed."

tweets that wish or hope for death, serious bodily harm or fatal disease against *anyone* are not allowed and will need to be removed. this does not automatically mean suspension. https://t.co/lQ8wWGL2y0 https://t.co/P2vGfUeUQf — Twitter Comms (@TwitterComms) October 2, 2020

However, the platform guarantees that no accounts will lead to suspension once seen with these kinds of tweets.

Users are not happy 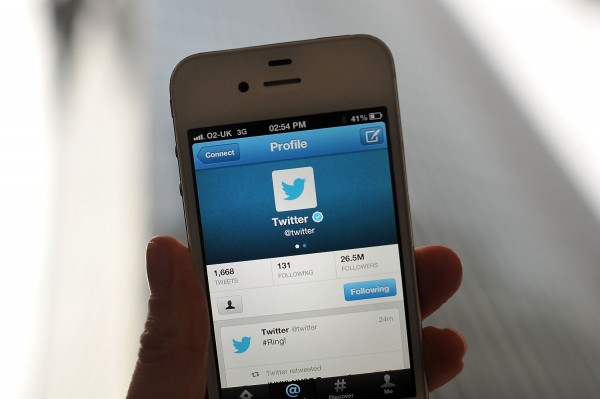 (Photo : Photo by Bethany Clarke/Getty Images) In this photo illustration, the Twitter logo and hashtag '#Ring!' is displayed on a mobile device as the company announced its initial public offering and debut on the New York Stock Exchange on November 7, 2013 in London, England. Twitter went public on the NYSE opening at USD 26 per share, valuing the company's worth at an estimated USD 18 billion.

As expected, many Twitter users have expressed their dismay with the platform's sudden reaction over the President's death wishes. Democrat House member Alexandria Ocasio-Cortez or AOC replied on the same tweet asking how Twitter only thought of this move just now.

Other Twitter users also cited how the platform doesn't react to death wishes on 'marginalized' people.

So let me get this straight. He can threaten and glorify violence under a notice, but America needs to wash her mouth out with soap. pic.twitter.com/hsTAC7hD7b — DykeSolidarity (@DykeSolidarity) October 3, 2020

ⓒ 2021 TECHTIMES.com All rights reserved. Do not reproduce without permission.
Tags: I hope he dies Trump death rumors Trump COVID-19 US Twitter
Most Popular